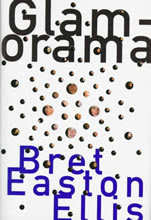 "Glamorama" is something of a sequel to "Rules of Attraction," featuring Victor Ward (Johnson), who was introduced in "Rules". Patrick Bateman, the serial killer (?) featured in "American Psycho," also makes an appearance. Besides these two characters, the book includes a long list of supporting characters, and name-drops just about anyone who was anyone in the 1990s.

The plot of this book is largely irrelevant, and just about all of the characters are so shallow and self-obsessed that it's difficult to care about any of them for very long. Perhaps this was the author's intention, but reading a book of this length - which is essentially just a compilation of long and semi-witty conversations - became a task after the first few chapters. Ellis offers some great insights on our obsession with celebrity culture, but "Glamorama" could have probably been half the length and offered just as much.

"American Psycho" is one of my favorite books ever, and so I was more than willing to give the author a chance on this one. In other words, I wanted to like it. Unfortunately my hopes were defeated, and I am left to wonder how an author of such unquestionable talent could write something so vapid and uninspired.
張貼者： Times Three 於 上午10:04