Some Other Movies From 1993

Other good movies from that year were Philadelphia, The Piano, Groundhog Day, The Crying Game, Army of Darkness, Falling Down, This Boy's Life, Dave, Cliffhanger, What's Love Got to Do with It, Rising Sun, The Wedding Banquet, The Man Without a Face, Kalifornia, True Romance, Demolition Man (good year for Stallone), Rudy, The Remains of the Day, Carlito's Way, The Pelican Brief and the cult classic Tombstone.

My nominee for Worst Picture would be Leprechaun (see below). 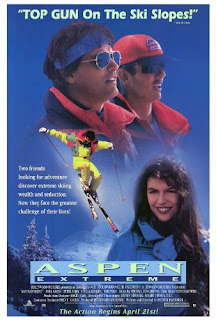 Welcome to 1993.  Even the rich people don't have cell phones, and the guy who wants to be a writer types his stories on an actual typewriter.

In Aspen Extreme, two guys from Detroit head to Aspen to become ski instructors.  Spoiler Alert: by the end of the movie Our hero has to choose between the "worldly" hot one and the "pure-hearted" hot one.  And if you didn't see that coming from a mile away you just haven't seen enough movies.

This isn't saying all that much, but as far as ski movies go this is the best I've ever seen.

Film noir starring Michael Biehn (!) and James Coburn, with Nicolas Cage chewing scenery throughout.  There's even a scene with Biehn's Navy SEALs costar Charlie Sheen near the end.  Having Cage in such a minor role seems strange now, but 1993 was long before movies like Leaving Las Vegas and Con Air made him a much bigger star.  It also helped that the director is his brother

Critics DESPISED this movie.  I have no idea why.

Fun Fact: Arsenal, a kind of sequel to this movie, was released in 2017 to similar critical disdain.

As it turns out I'd seen this one before, but only remembered watching it about halfway through.  It's a pleasant enough 1.5 hours, though you probably won't remember any of the plot points once it's over.  High school in the mid 70s: that's about it.

And man, some of the more famous actors in this movie look so young here.  Ben Affleck, Milla Jovovich, Matthew McConaughey.  They all look incredibly NOT-old.

I've seen a whole lotta movies with Robert Patrick, but this is the only one where he seems like an authentic human being.

Aside from him, this story of alien abduction features D.B. "Cutting Edge" Sweeney, Peter "Aspen Extreme" Berg and several others.  It's surprisingly well done, and in some respects resembles a courtroom drama.

Whoever did the creature effects for this movie deserved an Academy Award.  That part on the spaceship is FREAKY.

5. The Age of Innocence

I've never been a big fan of Edith Wharton's fiction, but this adaptation was clearly a labor of love for all concerned.  An attention to detail is evident throughout, and Day-Lewis, Michelle Pfeiffer, and Winona Ryder are all excellent in their respective roles.  I'd put it up there Scorsese's best movies.

I'm not a huge Zappa fan, though I do think he was an amazing guitar player.  This hour-long documentary skips over a lot of stuff, but it's a good introduction to his music.  He passed away a short time after it was first aired. 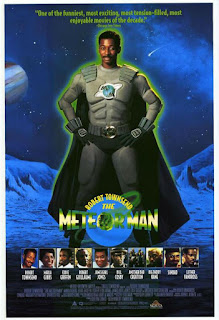 Not Excellent, Not Terrible, They Just Were

Robert Townsend stars as a schoolteacher granted super powers after being struck by a meteor.  Meteor Man could have said a lot more about life in the inner-city, but instead it wastes a lot of time poking fun at superhero tropes.  This... and the ending.  The ending just goes on and on and on.

Fun Fact: Aside from all the R&B legends, Don Cheadle is in this film too.

George Romero directed this film adaptation of one of Stephen King's more masturbatory novels.  I get why Timothy Hutton signed on as lead - it's one of those roles that actors dream of - but The Dark Half grows increasingly implausible after the first half.  Michael Rooker is also the worst police officer in the history of police officers.


The characters in this movie aren't that interesting, though David Caruso does a lot with a minor role.  Robert De Niro stars as a cop, with Uma Thurman as a woman lent to him by a gangster.  It enjoys a following comparable to Midnight Run, though I thought it was just ok. 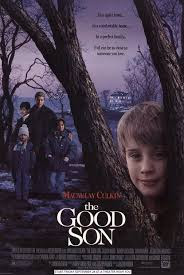 Wait... what?  What kind of parents would build a treehouse like THAT for their children?  What's the thinking there?  Parenting via natural selection?  I know it was the ex-neighbor's house, but still...

In The Good Son Elijah Wood faces off against kid psychopath Macaulay Culkin.  It was 1993, so Culkin was riding high after the success of the Home Alone movies.  Elmer Bernstein's score all but overwhelms the movie, and by the end you wonder how the parents in this movie aren't on some kind of CPS watchlist.

"Show, don't tell."  But this movie tells way too much, way too early.  There's an involved backstory about how Demi Moore and Woody Harrelson almost lose their house, all without establishing any chemistry between them.  Sure, they have sex on the kitchen floor, but that's no evidence of chemistry.

It was 1993, so Harrelson had just ended his run on Cheers.  It was also the year after he did White Men Can't Jump and the year before Natural Born Killers.  Demi Moore was enjoying newfound critical respect after A Few Good Men, and the disaster that was Striptease was still several years in the future.  Robert Redford wasn't doing much in the early 90s, but by then his career was beyond reproach anyway.

Redford, by the way, is characteristically great in this movie.  Even so, I'm just not buying that ending.  People don't forgive - or forget - that easily.

This movie is/was for kids, so there's no need to overanalyze it.  The most famous people in it are Rob Schneider and Leslie Nielson, though they're not the stars.

One of the kids playing one of the surf ninjas has a Game Gear.  Remember those?  Oh, and halfway through the movie Leslie Nielson proudly announces he has "call waiting."  Remember that?  Yeah, 1993 was a while ago.

Well, it's very French.  Jean Reno stars as a knight transported to the modern day during the middle ages.  For all I know French people find this movie hilarious, but it wasn't doing anything for me.

Wikipedia also tells me it was a huge hit in France.  They made a sequel in 1998, and an American remake (again starring Jean Reno) in 2001. 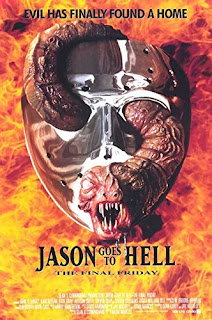 The final Friday?  Really?  You sure about that?

In this one the series gets more supernatural, with a liberal helping of titties and gore.  The weakest point is probably the soundtrack, which if done better could have added a lot to the movie.  Fans of the series complain that this movie diminished Jason Voorhees in some respects, and I'd agree that yes, it's very anticlimactic in both its explanation of Voorhees origins and his ultimate demise.

Fun Fact: The Necronomicon from the Evil Dead movies makes an appearance in this film.  The connection between Jason and the book of the dead is never explained, but it's still cool to see it in this movie and think about what that connection might be. 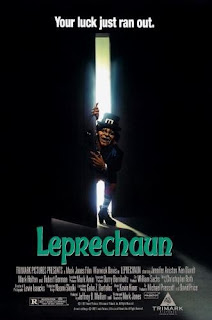 While I was watching the opening credits I couldn't help but marvel at the fact that there were people who actually wanted to take credit for this movie.  Are things so desperate in Hollywood?  So desperate that you'd want to take credit for part of Leprechaun?  No need to answer that, I know the answer.

To my surprise Jennifer Aniston is in this movie.  It was a year before Friends, so at that point she wasn't famous.  Warwick Davis, who started his film career as an Ewok and went on to star in Willow, stars as the leprechaun.  Watching Leprechaun for the first time in 2019, I can only wonder at the fickle nature of the film industry.

But hey, if you want to see a guy killed with a pogo stick this is the movie for you. 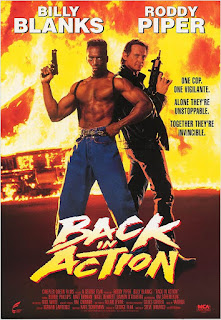 Billy Blanks, remember him?  Kind of like the black Jean Claude Van-Damme.  But unlike JCVD he couldn't act for shit.  The actress that plays his sister is fine though, so there's that.

Oh, and R.I.P. Roddy Piper.  He costars with Blanks.  He does a lot of wrestling moves throughout, but Back in Action is nowhere near as good as They Live.  Not even close.

Fun Fact #1: Blanks later fused his Tae-Bo workout program with Christianity, adding a spiritual component to... whatever that was supposed to be.  He now lives in Japan with his Japanese wife.

Fun Fact #2: Roddy Piper (a.k.a. Roderick George Toombs) was about as Canadian as they come.  His father was a member of the Royal Canadian Mounted Police and he served in the Canadian Army.  He was also from Saskatchewan.

Fun Fact #3: Aside from his wrestling thing Piper was proficient in boxing and had a black belt in Judo.

Fun Fact #4: This movie doesn't even have a Wikipedia entry.  I suppose I could write one, but I like the idea of it not having one.  The faithful, few though they may be, will find this movie if and when they're ready. 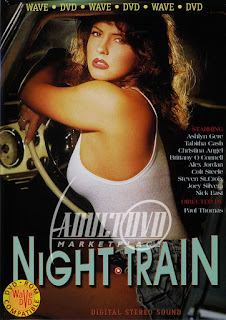 Ashlyn Gere drives a car down a highway and remembers various sexual encounters.  At the end of her drive she has - you guessed it - another sexual encounter.  Watching this in 2019, I couldn't help but wonder how many of the actresses appearing in this movie have their original breast implants, or whether said breast implants were later removed for safety reasons.