It's no secret that the DCEU is in a state of crisis (ha ha get it?).  Justice League tanked both critically and commercially, and one gets the feeling that Warner Bros. will scale down their plans quite a bit.  We'll still see Shazam, we'll still see Aquaman, and we'll still see Wonder Woman 2, but anything other than that is anybody's guess.

Below are five movies I would like to see in the DCEU.  I doubt we will ever actually see them, but then again you never know. 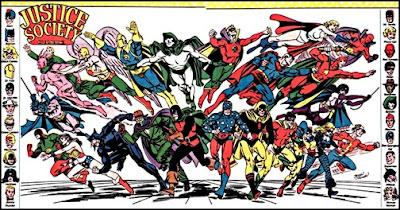 I'd like to do this as more of a Kingdom Come-style movie, with older superheroes coming out of retirement to fight some kind of monster and/or supervillain.  But here's the thing: remember that story arc where they were trapped in some alternate universe, endlessly fighting some world-ending foe?  I'd like to do it that way.  No origin story, just an older* Justice Society fighting a monster across the world.  And then - when they're about to die for the hundredth time - we learn that they've been reliving this scenario over and over again, and then they don't die, emerging into the same continuity as the rest of the DCEU.  This effectively retcons the entire DCEU much in the same way Flashpoint would have done, but now we get this whole fun backstory where the Justice Society weren't characters in a comic book (as in "Flash of Two Worlds,") but rather integral components in an entirely new universe. 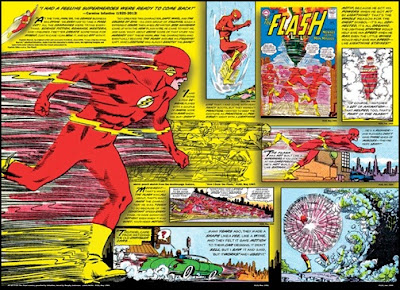 I have never liked the Flash TV show, and I like Ezra Miller's version even less.  I really can't see why Warner Bros. and the CW are having such trouble adapting this character to the screen.  Ditch the silly leather outfits.  Dispense with the melodrama.  Give us an engaging backstory, and don't worry about whether audiences recognize the character from previous incarnations.  The Flash's costume and power set are in themselves the makings of a good movie.

There is some truth to the argument that the Flash isn't so much a character as a plot device.  When his comics are taken in their entirety, this has certainly been the case many times over.  But I think that a beginning could be made from Darwin Cooke's version of the character (the Flash that appears in The New Frontier), and from the version that appeared in the later issues of Cary Bates' run on The Flash ("the trial of the Flash").  Those two versions of the character have a very obvious center around his relationship with Iris West, and this center plus the visual elements of the character would make for a compelling film.

The real question is just how powerful to make him.  Stripped-down "metabolism Flash?"  Or "no-plausible-scientific-explanation Flash?"

It's too early to say what route they'll take with Shazam, but I'm hoping it's set during World War II.  This would open the door to the rest of the Marvel Family, and if done well could be a lot of fun besides.  I'd like to see Captain Nazi as the villain.

People keep bringing up Black Adam, but the trouble with Black Adam is that he doesn't really need Captain Marvel/Shazam.  What people think of as cool about Black Adam are qualities associated with later stories that Captain Marvel had little to do with.

Making a funny, kid-friendly Marvel Family movie seems like a no-brainer to me.  It'd be even better with Tawny and Uncle Dudley.  Throw realism out the window, and make a comic book movie that's really like a comic book. 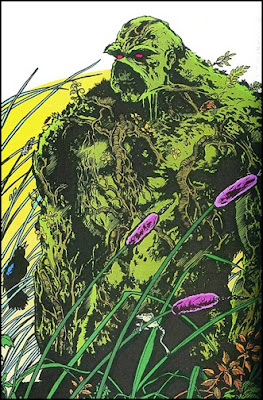 Alan Moore wrote so many great comics for this character.  Any one of those comics could be easily adapted into a good film on a lower budget.  Make it adult.  Push boundaries.  Make it weird.

There's been a lot of chatter around a Justice League Dark movie, and although that's not a bad idea I think just bringing back Swamp Thing would be better.  There's also no reason you couldn't later connect a newer Swamp Thing with the existing movie starring Keanu Reeves.  The "trilogy thing" is getting a bit old now, but a Swamp Thing movie and the existing Constantine movie could easily lead into Justice League Dark, and you'd already have Reeve's name to build on.

And let's be real about it.  Zatanna's more of a sex object anyway.  Deadman?  Who really follows Deadman?  The Demon?  That rhyming guy?  Of course any of these characters could be interesting if written well, but it's not like people are clamoring for Zatanna, Deadman, or Demon solo films. 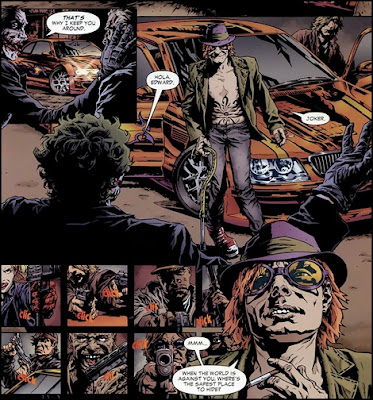 5. A Really F*cked Up Joker Movie

Yeah, yeah, I know the Suicide Squad movie was terrible.  Yet I can't fault Jared Leto for his performance, given the fact that the movie was obviously rushed into production before the script was ready.

And maybe, just maybe you were like me and got chills up your spine when you saw the shot of Joker lying on the floor in the midst of his "tools."  If you did then you've probably also read Brian Azzarello's "Joker," and right after that you were probably thinking about that scene where one of Joker's acquaintances emerges from behind a curtain without his skin.

The recent success of the movie It only emphasizes many people's deep-seeded fear of clowns, and in the right hands a Joker movie could be similarly terrifying.  Of course you'd want to recast (I still think Leto could have been great, but no need to have Suicide Squad hanging over anything), but I could see such a movie working regardless of whether it was set inside the current DCEU continuity.

*I'm thinking 40s or 50s, still fit but obviously older.  This would put the "pocket universe" in the 50s or 60s.  Perhaps uncomfortable close to "Watchmen time," but Watchmen was released so long ago, and received such a lukewarm response, that I don't think this is much of an issue.

**Here's an idea: how about a revenge movie featuring Barry Allen.  Eobard Thawne has already killed Iris, and beaten him almost to death, and in the wake of Allen's defeat Thawne is posing as The Flash.  The Flash, after a period of "training," assumes the mantle of Reverse-Flash as a means of overcoming the psychopath impersonating him.  They fight, and in the course of their battle the events leading up to Barry Allen's assumption of the Reverse-Flash mantle are slowly revealed, leading to the defeat of Eobard Thawne.
張貼者： Times Three 於 上午9:12