Some Other Movies From 2009

The top 5 movies of 2009 were Avatar, Harry Potter and the Half-Blood Prince, Ice Age: Dawn of the Dinosaurs, Transformers: Revenge of the Fallen, and the completely forgettable 2012.

There's been a lot of hate directed at James Cameron's Avatar since it came out, but I think that at least some of this hate is traceable to hipster types who probably LOVED the movie when it first came out, and only decided to hate on it much later.  I dislike the way it borrows from books like The Jesus Incident without giving those books (and their authors) proper credit, but Avatar was definitely the most innovative blockbuster of that year.

In 2009 the Marvel Cinematic Universe was just starting, so the field was more open to other properties.  DC was still in the running with The Dark Knight, Fox was stumbling along with X-Men Origins: Wolverine, and plenty of people were still willing to give Sony's Spider-Man a chance, even after Sam Raimi's disastrous Spider-Man 3.

The above-mentioned Avatar, The Hurt Locker, Crazy Heart, Precious, Inglourious Basterds and The Blind Side were big awards-winners that year.  Of these movies Crazy Heart was definitely my favorite, but Precious was also great (if hard to watch a second time).  I'd have to give the "most overrated" award to Inglourious Basterds, a film which always struck me as the kind of movie frat boys obsess over.

My favorite movies of 2009 were Avatar, Crazy Heart, Precious, The Dark Knight, the first Taken, Anvil! The Story of Anvil, Watchmen, Pandorum, Ong Bak 2: The Beginning, The Box and Sherlock Holmes.

The worst movie of 2009?  I'd nominate Crank: High Voltage.  I just couldn't make it through that one.  Every time you think Jason Statham's starring in the dumbest movie ever made, years later he surprises you with an even dumber one.  In 2009 it was Crank: High Voltage.  This year it was The Meg. 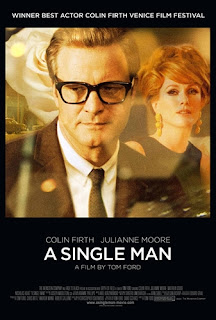 The second I saw director Tom Ford's name in the credits I knew I'd like this movie.  Colin Firth stars as a gay man grieving over his deceased lover.  This was Ford's first film, the second being 2018's Nocturnal Animals.

2. Until the Light Takes Us

You can watch this whole documentary on Norwegian black metal on YouTube.  I'm not a huge fan of the scene (I did like Burzum, I could never get into Mayhem or Darkthrone), but the interviews with Vlad Vikernes (in prison!) are interesting, and I enjoyed learning about how the music came to be.

A young girl is forced to choose between her attraction toward an older man and her parents' hopes for her future.  It's a very understated movie, and the worst anyone does is steal the protagonist's virginity.  Critics LOVED it in 2009.

Fun Fact: Actress Carey Mulligan, who stars in this movie, may be more familiar to American audiences as Ryan Gosling's love interest in Drive.  Oh, and she also appears briefly in Brothers below.

Emily Blunt stars as Queen Victoria, Britain's longest-serving sovereign and the reason we refer to the late 1800s as the Victorian Era.  Paul Bettany co-stars as Lord Melbourne, with Mark Strong as the scheming Lord Conroy.

Emily Blunt is in a lot of underrated movies, and this movie is perhaps her most underrated of all.  Director Jean-Marc Vallee (Dallas Buyers Club, Wild) began his foray into English-language films with this one, and it was also one of Blunt's first leading roles.  I love the way it turns the sexual politics of the day on their head, with men often finding themselves at the mercy of much more powerful women.

Ben Foster and Woody Harrelson star as two soldiers charged with notifying next of kin that their loved ones have been killed in the line of duty.  It's a nice, understated movie with a surprisingly upbeat ending.  After watching Antichrist (below) this was exactly what I needed.

I don't know, it's just... weird seeing Tobey Maguire and Jake Gyllenhaal in the same movie.  I guess because I identify the two actors with different decades.  I tend to identify Maguire with the late 90s and early 2000s, and Gyllenhaal with more recent films.  I realize that they've both been around for the same amount of time, I guess it just has to do with when I became more familiar with either actor.

In Brothers they play two siblings distanced by the conflict in Afghanistan.  Natalie Portman plays Maguire's wife.  It's an excellent movie, and would also make a good double feature with The Messenger above.

Fun Fact: Maguire was of course Spider-Man in Sam Raimi's trilogy, but Gyllenhaal is set to play Mysterio in the upcoming Spider-Man: Far From Home.

Not to be confused with THE Fast and THE Furious, the first movie in this series.  This is the fourth one.

In Fast & Furious, Vin Diesel tries to get revenge for the death of his girlfriend.  Spoiler Alert: if you've seen Fate of the Furious you'll already know that she isn't dead.  In this installment Paul Walker's still in the FBI, Vin Diesel's stealing things and occasionally visiting his hot sister, and in-between there are car chases.

Critics hated it, but I think it's alright.  Not awesome, but alright.  During the "initiation" car chase you can even see snippets of the tie-in video game they were pushing back then.

Tolstoy's wife and publisher contend over the contents of the author's will.  Christopher Plummer stars as Tolstoy, with Helen Mirren as his wife and Paul Giamatti as his publisher.  James McAvoy also appears as a young admirer of Tolstoy's.  I'd say that the first 3/4 of this movie is good, but it wears out its welcome in the last 1/4.  Ending the film with Tolstoy leaving his estate would have made more sense.

Meryl Streep stars as Julia Child, with Amy Adams as a blogger trying to cook all of her recipes in a year.  Streep is characteristically great as Julia Child, and Adams gives a serviceable performance as her neurotic admirer.

Two things I like about this movie: 1) it doesn't take the path of least resistance, and have the two women meet up in the end, and 2) Stanley Tucci, who also appears in The Lovely Bones (below), is much better used in this movie.  It's not particularly memorable, but it wears its heart on its sleeve and it does a subtle job of comparing the disconnections in modern society with the disconnections of Julia Child's time. 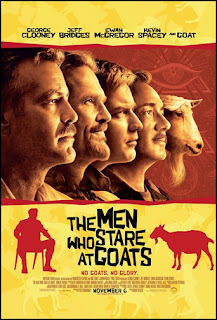 1. The Men Who Stare at Goats

It's strange, but not strange enough.  This movie about a "paranormal ops unit" in the U.S. military seems to be pulling its punches, and as a consequence the Strangelove-esque humor present in the script fails to register.  McGregor, Clooney and Bridges do their best under workmanlike direction, but the film as a whole is like hearing someone try to tell a joke but messing up the punchline.  Even that little bit of War Dogs set in Iraq is way funnier than anything in The Men Who Stare at Goats.

Despite some stunning visuals it bored me.  Peter Jackson directed this story about a girl stuck in purgatory after her murder, and even though Stanley Tucci is memorable it just drags on until its inevitable heartwarming conclusion.

This movie wouldn't have been great regardless of what anyone did, but I think where things really started to go wrong was in the editing room.  Trimming about a half hour out of this movie would have done wonders for it.

Perhaps worst of all, the rugby in this movie is never involving.  In sports drama terms it almost gets interesting near the end, but for the most part the rugby team just runs around and has arguments.  The critics loved this one, but I'm going to have to disagree.

Fun Fact #1: Not only did Clint Eastwood direct this movie, but his son Scott appears as one of the members of Damon's rugby team.

Fun Fact #2: If something about this movie feels familiar, it may be the fact that Morgan Freeman played another South African convict in 1992's The Power of One.  In that movie he also helped a white guy overturn South Africa's Apartheid regime. 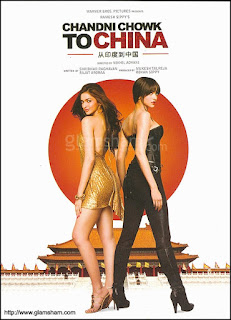 A Really, Really Bad One

This movie borrows freely from Stephen Chow's Kung Fu Hustle, which was apparently a hit in India as well.

An ancient Chinese warrior is reincarnated in India, and then sent to China to save a village near the Great Wall of China.  Yes, that's really the plot, and yes, it gets even stupider after that.  This movie's only redeeming features are its unabashed stupidity and Deepika Padukone, who spends most of the movie in a variety of sexy outfits.

Fun Fact #1: Gordon Liu, who plays the bad guy in this movie, appeared in scores of Hong Kong kung fu films AND Kill Bill Volumes I and II.

Fun Fact #2: A lot of this movie was filmed in Thailand, not China.

Fun Fact #3: This movie was somehow the third highest-grossing film in India in 2009. 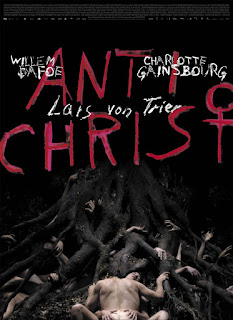 A Movie That Might Be a Work of Genius, But Which Is Sure to Inflict Psychological Damage

Looking for a movie that's arty AND disturbing?  Then Antichrist is the movie for you!  Willem Dafoe and Charlotte Gainsbourg star as a couple trying to overcome the accidental death of their son, with Lars von Trier directing.  In tone it reminded me a lot of Ingmar Bergman's Scenes from a Marriage, though it's much more stylized than that earlier film.

Fun Fact: Eva Green was initially approached for the role of Willem Defoe's wife, but her agents refused to allow her to appear in this movie.

*Wikipedia says this movie is from 2008 in one place, and from 2009 in another.  Not sure which entry to believe.