The FoX-men No More? FoxTastic No Longer? 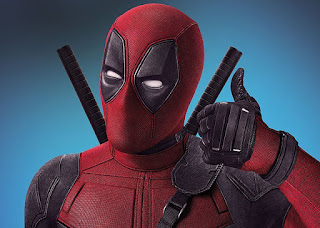 It looks like Disney's going to buy Fox - or at least part of Fox - which means - if this whole deal is completed to everyone's satisfaction - that the X-men, the Fantastic Four, and whoever else will be returning to Marvel.

This is pretty good news.  Not that I have too much of an opinion about it, but just the same I'd LOVE to see the Fantastic Four done right.  I don't really have a big problem with the Tim Story movies - aside from the fact that they ruined Galactus - but the idea of Reed Richards, Susan Storm, Johnny Storm, and Ben Grimm (not to mention the Silver Surfer!) showing up in a Marvel movie has me excited.

If you don't follow comics that much (and how many do lately?), a lot of the seminal Marvel stories feature one or more members of the Fantastic Four.  Marvel has thus far avoided including references to them in movies like Civil War and the upcoming Infinity War, but it's great that they (probably) won't have to dance around this particular loophole in the future.  Anyone who knows comics will be glad at the thought of Ben Grimm facing off against the Hulk, or of Reed Richards causing trouble for Tony Stark, or of the potential cuckolding Reed faces at the hands of whoever wants to bang Susan Storm.  I don't regard the Human Torch as being quite so essential to any comic book saga, but sure, he's great too.

And the X-men?  They're a thornier problem, though of course I'd love it if Marvel took another crack at their origin story.  It's not that First Class wasn't an excellent movie, I just think Marvel would have a lot to add to that story as well.  FINALLY we can admit that yes, the Scarlet Witch and Quicksilver are Magneto's children, and FINALLY a studio can approach the X-men's origins without worrying overmuch about copyright infringement.

But the downside to all of this is the (possible) inclusion of mutants into the Marvel Cinematic Universe.  And while I don't think that Kevin Feige is in a hurry to "water down" what Marvel has painstakingly built, the idea of combining the X-men and the Avengers at some point is going to be a powerful temptation.

The trouble being that if you have this group of people who get their powers from a mutant gene, then the non-mutants don't seem so remarkable.  Is Hulk cool when you have a Juggernaut?  Is Captain America cool when you have Wolverine?  Certainly seeing these characters on screen together is something that we all want on some level, but even in the comics Marvel is very, VERY careful about how (and how often) they do it.  You don't see Spider-man popping up that often in the pages of X-men.  You don't see Professor X hanging out that much with Doctor Strange.  Sure, these things happen, but the better writers know that when it comes to combining these properties, less is definitely more.

Not that I wouldn't love to see Deadpool make fun of the Avengers.  But he could do that in "his own" movie, and it wouldn't fracture the integrity of the MCU too much.  And yes, seeing Wolverine as an Avenger would be great, but if the cost is mixing too many mutants and non-mutants together then I'd rather they avoided it.

It is fun to think about though.  If this deal goes through, the future of both the MCU and the X-men cinematic universe is wide open.  A Dark Phoenix Saga featuring the entire MCU?  That would definitely beat the hell out of whatever Fox is making now.
張貼者： Times Three 於 下午12:19