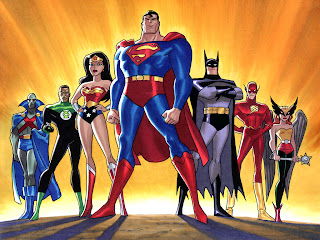 At this point in time, any discussion of Warner Brother's Justice League movie is pure speculation.  Yes, they do seem to be moving towards a 2015 release date, and yes, they do have a guy writing the script, but neither of these facts add up to proof that the Justice League will hit theaters any time in the near future.  Those who doubt this claim need only look into the history of this project, and also of the failed Justice League TV pilot.  The future of any DC cinematic universe is far from certain, and will depend in large part upon how the Marvel movies fare in the near future.

I, for one, would love to see a Justice League movie.  But I grew up on DC comics, and the (Barry Allen) Flash has always been one of my favorite comic book characters.  I think it would be great to see the Superfriends finally hit the big screen, even if the odds of this project succeeding are LOW.  Again, one need only investigate George Miller's failed attempt to bring the JLA to theaters.  Up until the writer's strike, even that film - which would have preceded Marvel's Avengers by several years - seemed inevitable.

And then there is the oft-mentioned Batman Vs. Superman movie, an advertisement for which can be glimpsed in the movie I Am Legend.  That movie was also much closer to actual production, and would have been a much safer bet.  It also self-destructed.

So I wouldn't count on a Justice League movie appearing any time soon, but this isn't to say it won't happen.  Maybe the people at Warner Bros. really will get their act together, and do this thing right - and soon.  But I won't count my chickens just yet.  The Man of Steel might well tank at the box office, or the Marvel movies might suffer from our collective "superhero fatigue."  In either event a Justice League movie will be less likely.

It's fun to speculate, however.  The field is still wide open as far as this movie is concerned, and at this point no one knows if Zack Snyder's Man of Steel will even tie into this film at all.  What follow are some points to consider.

With the unsurprising success of Chris Nolan's "Dark Knight Rises," most people are betting that this movie will be "dark" and "gritty."  This would form a nice contrast with the humorous tone of The Avengers, though it is far from certain that this "darker" take on the Justice League would work.  "Darker" implies "more realistic," and while this tone would compliment the upcoming Man of Steel, one wonders just how "gritty" you can make a movie about a Kryptonian, an Amazon princess, and a guy who dresses up like a bat.  If they go for a Nolan-style Justice League, I think they're going to have to make heroes like Superman much less powerful, and also tone down elements of their back story.  The clash between Superman and Batman alone would be a difficult obstacle to overcome.

2. What characters will be in it?

I think most people would agree that it's not the Justice League without Superman, Batman, and Wonder Woman.  Other characters are debatable, though you would definitely need more than three people to make a league.

The Flash seems like a no-brainer, but then there is the question of how powerful he ought to be.  The Barry Allen Flash, at the height of his power, could both run at the speed of light and vibrate his molecules through solid objects.  If he were that powerful, could even Superman touch him?

The Green Lantern also seems likely, but given the limited success of the Green Lantern film, it will be necessary to reinvent him.  I am all for going with the John Stewart version of the character.  We need to see more actors of color in these things, and I have always found John Stewart easier to relate to.

Other characters are open to debate.  I think Aquaman could be viable, but then you'd have to explain Atlantis.  He might work if the film had an "environmental" angle to it, but then again people might confuse him with Marvel's Namor.

For that matter, the Martian Manhunter would be even more problematic, in that you'd have two aliens on the same team, and both of them super-powerful to boot.  I've also never found the Manhunter to be an interesting character, and his vulnerability to fire is just lame.

Captain Marvel might work, and might be an interesting contrast to Superman.  He could even start the movie as the villain, or at least an ambiguous presence.  Putting the "insane" Captain Marvel from DC's "52" into a Justice League movie could work wonders.  This would also be an opportunity to introduce Black Adam.

Captain Atom might work even better, especially if you were trying to make this movie more "scientific."  Captain Atom opens the door to many quantum explanations of what is going on.  Anyone who fails to see this should see the movie Watchmen.  Dr. Manhattan is a direct adaptation of Captain Atom.

Other characters?  Well the Green Arrow is out.  He would just remind people of Hawkeye from The Avengers, and the Black Canary will just remind people of Black Widow.  Cyborg might be an interesting and slightly more believable alternative, even if I'm tired of "black" superheroes getting hidden behind CGI or prostheses.  Hawkman would probably be the worst choice - it would be hard to get those wings right.

If I was the world's mightiest mortal, or at least the guy writing the script, I'd avoid bogging the thing down with origin stories.  It would be exceptionally hard to tell anyone's origin story in a new and exciting way, and our suspension of disbelief will be greater if we are placed right in the thick of the action.

I would suggest a cast of characters that already know of one another's existence, with origins alluded to through dialogue.  Nothing would ruin a movie like this faster than trying to explain everything.  Marvel took five whole movies just to build up to The Avengers, and that movie wouldn't have worked half as well if The Avengers had come out before Iron Man, the Incredible Hulk, Iron Man II, Thor, and Captain America.  What Warner Bros. needs to do is cut to the chase, and perhaps leave some details to future movies.  This would also enhance interest in the plot, in that leaving the audience with a few questions always makes a film deeper.

As for any general plot outline, I wouldn't try that here.  I do think there are a few examples from the comics that might work well in a movie.  One is DC's Kingdom Come, in which an aging Superman emerges from retirement.  Another is Frank Miller's Dark Knight Returns, which also features several members of the Justice League.

A third option would be "The Flash of Two Worlds" storyline from The Flash comic books.  This is the storyline that originated the "DC multiverse" concept, and it would be a fascinating idea to explore in a film.  Each member of the Justice League might originate in a parallel universe, with different versions of the same character coexisting in the same multiverse.  I think this could be a lot of fun, and more importantly, it would differentiate the DC properties from what Marvel is doing.

Just imagine!  Not only do we get the "new" Batman, but also the Michael Keaton version!  Or the Adam West version!  Or the Brandon Routh version of Superman, alongside the Henry Cavill version!  You wouldn't even need the same actors, though that would certainly make it more fun. 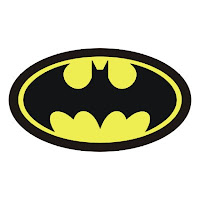 There have been rumors to the effect that both Ben Affleck and the Wachowskis have been approached.  I think Affleck is too new to directing, and I wouldn't want anyone associated with the Daredevil fiasco directing the Justice League.

The Wachowskis, while responsible for the disastrous Speed Racer, might not be a bad choice.  They have one of the most-imitated sci-fi/action movies of all time to their credit, and they definitely know how to do this kind of movie.

I think name actors would be a distraction.  Marvel has had great success casting relative unknowns in starring roles, and I see no reason why DC shouldn't follow suit.  Besides, a Justice League movie starring the likes of Dicaprio or Will Smith is likely to break the bank.

I still think, however, that Ryan Reynolds would have made a great Flash.  Unfortunately he has already been Green Lantern and Deadpool.  High time to drop his name from consideration.

This all depends on how powerful they're going to make the Justice League.  Judging by the Man of Steel trailers, Superman can at least fly at supersonic speed, so any adversary or adversaries they face off against would have to be fairly powerful.  Darkseid is an easy, obvious choice, but he might be too similar to The Avenger's Thanos.   An interesting approach might be to have a League member start off as the adversary, with perhaps a still greater threat waiting in the wings.

This is a tough one for me, especially considering that my favorite DC villain is Superboy Prime!

7. How much do most people really want to see this film?

That, I think, is the billion-dollar question.  It all depends on how Snyder's Man of Steel does at the local multiplex.  If it upstages or even approaches the success of The Avengers, then I think the anticipation behind this one will be quite high.  It might even be that people are tired of the Marvel cinematic universe by the time Avengers 2 rolls around, and the Justice League will be a welcome alternative.

DC/Warner Bros. will just have to roll the dice on this one.  If they are seriously aiming for a 2015 release, then this movie will have to enter production before the Man of Steel hits theaters.  This would be a big gamble.  Marvel was very careful about building up the connections between its films, and DC would only have one movie on which to build something just as big - if not bigger.