Hey it's 2017.  Had you noticed?  If not, Donald Trump is Commander in Chief, Moonlight won the Oscar for Best Picture, and the New England Patriots won the Superbowl (again).

But I'm not here to talk about 2017.  Oh, no.  What I'd rather do is talk about 2016, and the movies from that year.  As you can see I've missed a lot, but with the number of movies coming out all the time this isn't too surprising.  People have to work, after all.

Movies in red are the movies that I consider the best movies of that particular month.

I think Kung Fu Panda 3 the one where Po discovers the secret village of pandas.  Then they have to fight someone - but I can't remember why.

Hugh Jackman puts on his best American accent for Eddie the Eagle, and the movie is inspirational without being overly manipulative.  Who knew that ski jumping could be that interesting?

Half humorless comedy, half car (and boat) commercial, Ride Along 2 only emphasizes the fact that Olivia Munn can't act.

Jane Got a Gun isn't bad, but the ending is somewhat anticlimactic.  As Westerns go, it's strictly second tier.

As much as I usually like the Cohen Brothers, Hail, Caesar! did almost nothing for me.

Deadpool was more than I'd hoped for.  I wish they'd hurry up and start filming the sequel, but at the same time their desire to get it just right is encouraging.

Zootopia's a thinly veiled allegory about racial tolerance.  My younger daughter was obsessed with it for about a month.

If it had come out in the early 80s, Gods of Egypt would've had its own line of action figures, I'd be under 10 years old, and I would've LOVED it.  As it is, it's an amusingly bad movie that teaches us that the right set of breast implants can decide the fate of mankind.

Speaking of ridiculous.  Zoolander 2 isn't even enough so to be funny.  Excruciating.

Whiskey Tango Foxtrot was a surprisingly good movie about a female American journalist in Afghanistan.

It's fashionable to pile hate upon Batman v. Superman, but I thought it was fucking great.  All this chanting of "not like the comics" originates with people who haven't read enough comics.  Plot holes?  No worse than most other comic book movies.  "Martha?" Why not?  It made sense to me.  I blame many of the bad reviews on critics with short attention spans.

Everybody Wants Some!!, a film by Richard Linklater, tells the story of a college baseball player, circa 1980.  It's the most homoerotic of Linklater's movies, but it's also very watchable.  I'd be surprised if a couple of the cast members didn't have a serious future ahead of them in Hollywood.  My only complaint?  I really don't think they would have used the term "stalker" that way in 1980.

The Brothers Grimsby isn't all that funny, but compared to Zoolander 2 it's hysterical.  Penelope Cruz is in both movies!

It might remind you a lot of 1984's Starman, but Midnight Special is a solid film with some memorable twists.  The ending wasn't as epic as I was hoping for, but it's very good just the same.

The Boss was really disappointing.  Melissa McCarthy is hilarious given the opportunity, but something about this movie was just off.

I thought Captain America: Civil War was... ok?  Not great, just ok.  Kind of a let down if you ask me.

I kept hearing about how wonderful The Jungle Book was, so I tracked it down and watched it.  I still don't understand what all the hype was about.

Critics weren't very kind to Demoliton, but I think it's great.  Jake Gyllenhaal stars as a man trying to cope with the death of his wife.  It sounds depressing, but the plot takes some interesting turns and it's quite uplifting near the end.

If you don't stop to think about it, Elvis and Nixon sounds like a great idea for a movie.  Michael Shannon as Elvis.  Kevin Spacey as Nixon.  Based on an actual event.  But there's not enough of an event to build a movie around, and the first half of this movie - despite Shannon's best efforts - is extremely boring.

X-Men: Apocalypse is TERRIBLE.  Anyone who says otherwise is either confused or has weird standards for what makes a movie watchable.

Money Monster is also bad.  I only saw it because X-Men: Apocalypse was so bad.  You know how a bad movie makes you want to hurry out and see a better movie?  I mistakenly thought that Money Monster would be better.

I saw The Nice Guys recently.  It's a Shane Black movie with Russell Crowe and Ryan Gosling.  Black's movies are about 50/50 for me, but parts of The Nice Guys are genuinely funny.

Green Room is the story of a punk band seeing something they're not supposed to at a skinhead show.  It gets pretty fucked up from there.  Good movie.  (R.I.P. Anton Yelchin)

Last Days in the Desert is an arty movie about the days Jesus spent in the desert, prior to his crucifixion.  It reminded me a bit of (the far superior) Last Temptation of Christ. 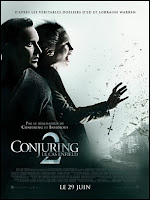 I liked the second Conjuring more than the first.  Took my daughters to see this, and they were really freaked out.  (Heh heh)

Finding Dory doesn't quite have the crossover appeal that Finding Nemo did, but I've seen it a couple times now and I still like it.

Despite a plot that makes almost no sense, there are some funny bits in Central Intelligence.  Both Kevin Hart and The Rock demonstrate that they can carry a film in the absence of a good script.

Popstar: Never Stop Never Stopping falls flat, but there are some funny moments.  If you haven't seen it already, Hot Rod is WAY funnier and features a lot of the same actors.  Even Laser Cats is better.

I know I've seen the second Purge, but I can't remember anything about it.  Ditto for Ice Age XXXIV or whatever number it is.

Star Trek Beyond was a vast improvement over Star Trek: Cumbertrek.  "Beyond" reminded me why I will always like this series more than Star Wars.

And you thought X-Men: Apocalypse was terrible?  I present Suicide Squad.  And yet, as a concept this movie had so much going for it.  What a wasted opportunity!

If I was running the Oscars this year, I probably would have given Hell or High Water Best Picture.

Imperium is another overlooked movie.  It's a bit longer than it needs to be, but the fascist conspiracy theme is timely.  Daniel Radcliffe is excellent in it.

Snowden is a good movie that's trying too hard to make a point.  Then again, this isn't a surprise considering that Oliver Stone directed it.

During the Chinese New Year holiday I wound up watching Ms. Peregrine with my in-laws.  Definitely not a great movie, but watchable. 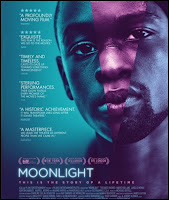 The Accountant didn't blow my mind, but it was good.  I'll probably watch it again one of these days.

It won Best Picture, but I think Moonlight is slightly overrated.  Certainly an excellent film, but it's also the kind of film that politically correct friends want you to like.

November of last year seems to be the winner in terms of movies I've actually seen.

Doctor Strange was visually impressive, but it's pretty much the first Iron Man with magic.

Hacksaw Ridge is an amazing movie.  Perhaps my favorite of 2016 after Lion.

Loving is about an interracial couple living in the South.  It's a lot more understated than Moonlight or Hidden Figures, but I think it's a better movie.

Speaking of overrated: Arrival.  I loved Prisoners, but I don't get why everyone made such a fuss over this movie.  As science fiction films go, I'd give it a B+.  Terence Malick-y in the extreme.

The Edge of Seventeen is one of the best movies of last year.  Ah, high school.  Thank God it's over!

Bleed for This is an average boxing movie featuring Miles Teller.  Not even half as good as Whiplash.

I liked Manchester by the Sea, and I think Casey Affleck deserved the Oscar, but the story was a bit lacking.  A lot of Affleck's character's actions rested upon the dynamic between him and his ex-wife, and the movie needed more scenes of them together.

Nocturnal Animals is a difficult film to watch, but it's very memorable.  I wasn't surprised it didn't get nominated for Best Picture, or any of the other big awards.  It's just too dark to win those kinds of awards.

Allied is a somewhat anachronistic WWII love story.  You can't tell me they would have tolerated even the idea of a Nazi agent in their midst - not back then!

Jessica Chastain deserved an Oscar for Miss Sloane.  That movie probably tries most people's patience, but the ending is terrific.

Jackie is boring.  I don't care what the critics say.

Nerdland is a cartoon.  And it's boring.  In this case, the critics are right.

La La Land wins the Oscar for Most Excruciating Movie I've Tried to Sit Through Recently.  I completely fail to understand why people gushed so profusely over this film.  I liked the scenes where they weren't singing, but c'mon.  This is fluff.  There were many 2016 movies that were better.

Frank and Lola is a movie about jealousy.  It's not bad, but I had a hard time understanding why Michael Shannon's character acted the way he did.  I think Shannon was much better used in both Midnight Special and Nocturnal Animals.

Rogue One?  Forgettable.  Not bad, but forgettable.

Fences is a good movie that feels a little too much like a play.  Might have been better with a few more scenes away from the house.

Saw The Founder not long ago.  Michael Keaton is GREAT.  Who knew that the story of McDonald's could be so interesting?

Andrew Garfield's Path to the 2018 Oscars: violent movies in which he cries a lot.  Hacksaw Ridge was the first, Silence was the second.  Mark my words, there will be more to follow.  This said, Silence is more intellectual than it has a right to be, though I'm not sure what kind of point it's trying to make.  If religious observance is a personal experience outside the reach of societal norms, why the need for martyrs?

Silence, by the way, would make a truly weird double feature with La La Land.  I can't think of two movies that are more different.

Hidden Figures was good, but it didn't feel either as real or as immediate as other racially-themed movies from the same year.  I thought Moonlight, Loving, and Fences were all better.

Passengers is a solid science fiction film centered on a morally ambiguous act.  I don't quite understand the negative reactions to this film.  Perhaps critics were expecting a more out-and-out love story?  Perhaps they were expecting Chris Pratt to play the hero?  In a way, this movie's like the reverse of Arrival - a good film with bad reviews - many of which were generated not so much by the film itself but by the pretensions (and preconceptions) of its critics.  This said, about 20 minutes of this movie are completely implausible.

...and this brings me to the end of 2016!  In conclusion, I'd like to offer my list of favorites from the above films.


My Favorite Movies of 2016
(in no particular order)


*No, I'm not insane.  I genuinely liked it.  I LOVED it, in fact.  Give this movie another 10-15 years, and it'll be one of those "cult classics" (like Blade Runner) that people pretend they liked since its theatrical run.
張貼者： Times Three 於 下午12:25