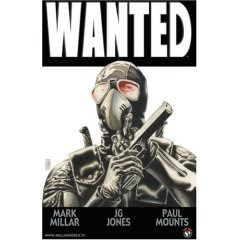 "Wanted" is a must-own comic book. If you thought the movie was bad, don't let this dissuade you from reading the comic. As is the case with Millar's "Kick-Ass," the film and the source material are horses of entirely different colors.

"Wanted" explores a future in which all the superheroes are dead, or have been forced into retirement. The supervillains, having overcome them all through sheer numbers, have erased all memory of the superheroes from the minds of ordinary humanity, and the bad guys have formed a ruling elite over an unsuspecting populace.

Wesley Gibson, an office worker trapped in an unhappy relationship, suddenly discovers that one of these supervillains was his father, and he is charged with carrying on his father's work. He is assisted in this endeavor by a beautiful supervillainess named Fox, who is as ruthless as she is desirable.

"Wanted" is both an extremely violent and extremely funny comic book. It also says a lot about our society, and the ending is classic. This may well be the best thing that Millar has yet written, and JG Jones' art does a fantastic job of telling the story.

Seek out "Wanted" if you haven't already. It will renew your faith in the comic book medium. 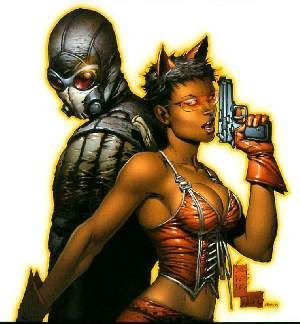