Deadpool 2 and Waves of Nostalgia 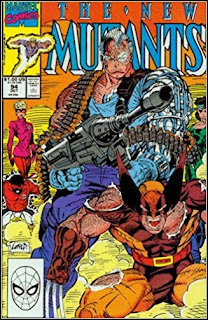 What a weird world we live in.  Deadpool 2 arrives in Taiwanese theaters today, and I've yet to digest the fact that Cable, Shatterstar, Domino, and even G.W. Bridge (!) will be in the movie.

Have we come so far, only to arrive back where we started from?

Even then I wasn't a big fan of Rob Liefeld's art.  It wasn't so much the feet, just the fact that his figures looked less fluid than those drawn by his Image cohorts.  My purchase of New Mutants #89 was calculated, given that we all thought (often wrongly) that most of those comics would be worth a fortune someday. 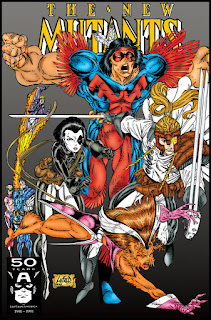 28 years later, and I'll soon be witnessing Cable and other X-Force members in live action.  Cable is a more paramilitary, far less fussy character than his comic book counterpart, while G.W. Bridge is all but unrecognizable.  I can see the likenesses of Shatterstar and Domino in Deadpool 2, though Shatterstar looks - I'll have to admit - a lot less cool.  I've always thought that argument about Domino's supposed "ethnicity" is ridiculous, so I won't bother going there.

I don't mind the changes... yet.  Of course I haven't seen the movie... yet.  Making Cable and G.W. Bridge look like their original comic book versions would have been silly, and no one with any kind of life cares what Domino looks like.  Shatterstar?  He was always going to be hard to pull off.

I just find it hard to believe that all of these characters will be on screen - together - soon.  Who would have figured that in 1990?  Back in the early 90s a Spawn movie would have seemed like a safer bet, but of course we all know how that turned out.  Yeah, I know McFarlane is trying to get a reboot going, but anyone thinking it's not going to SUCK is delusional. 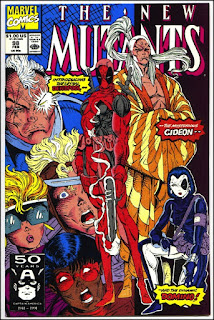 Looking back at that era in comic book history, I'm only sorry that other titles haven't made it to the screen.  I still think a Martial Law movie would be awesome.  I still wish they'd made a movie of Elektra: Assassin.  I still think The One would have made a great film.  We can count ourselves fortunate that Avengers: Infinity War was as good as it was, but the success of that film and the hype surrounding Deadpool 2 makes me a bit sorry that other, less hyped properties didn't make it to the screen sooner.

Just sticking with the Fox properties, I would have loved a Longshot movie instead of X-men: Apocalypse.  Just imagine Mojo and Spiral on the big screen.  I fail to understand why Fox keeps regurgitating the idea of a Gambit movie no one really wants - not when Longshot is so much more self-contained, and when his backstory is so much more intriguing.  And there's a Deadpool 2 connection here, in that Longshot is Shatterstar's dad.

Oh well.  I'm looking forward to seeing what they do with Cable.  He works well as a straight man to Deadpool's clown, even though Cable's backstory is almost incomprehensible.  Josh Brolin is also one of my favorite actors, and if anyone can pull off Cable it's him. 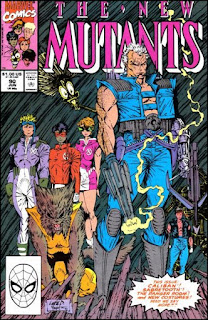 SPOILER ALERT: Having seen the film last night, I can now tell you that one of the characters discussed above doesn't appear in the movie!
張貼者： Times Three 於 上午11:18