Some Other Movies From 2001

2001 was also the year 9/11 happened.  I can tell you where I was when I heard about it, though I'm not sure where I was when it actually happened.  My dad called me from Seattle and said "It's ok, we're safe."  I had trouble believing what he told me after that, and the truth only really sank in after I went downstairs and saw the papers in the local convenience store.  That plane hitting the Twin Towers, ending lives on the other side of the world...

But that aside, 2001 was a good year for me.  My life was changing for the better and the future looked very bright.  Writing this in 2019, I suppose my optimism was justified.  That baby that sat in a crib back then is an adult now, and her sister (not yet born in 2001) is already in junior high school.  Time flies, if you're lucky.

The top 5 movies of 2001 were Harry Potter and the Philosopher's Stone, The Lord of the Rings: The Fellowship of the Ring, Monsters, Inc., Shrek and Ocean's Eleven.  Of these movies Ocean's Eleven is my favorite, and the only of that year's top 10 that I still like.

Critical favorites of 2001 included A Beautiful Mind, Moulin Rouge!, the above-mentioned Fellowship of the Ring, Gosford Park, The Royal Tenenbaums and Monster's Ball.  I liked all of these movies except Gosford Park, which I thought was boring.

The worst movie?  To be honest I can't remember any really bad ones, but then again I wasn't watching that many.  Wikipedia tells me, however,  that Crocodile Dundee in Los Angeles was released in 2001.  Was it terrible?  To find out the answer, look below! 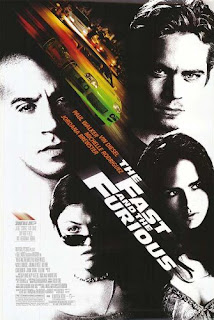 1. The Fast and the Furious

Yeah, the first one.

Two things date this movie: 1) the bits of rap/nu metal in the soundtrack, and 2) how young Vin Diesel and Paul Walker look in it.  It's a decent undercover cop movie, but not nearly as good as some of the sequels.

Love story centered around Afghan (Afghani?) workers in Iran.  I liked this one a lot more than the recently reviewed A Separation.  Both movies are good, yet this one seemed more immediate.

On the slow side, but a great movie nonetheless.  Sissy Spacek and Tom Wilkinson star as a married couple touched by tragedy.  It's in some ways reminiscent of the more recent Manchester by the Sea.

YouTube says this came out in 2001, but someone in the documentary mentions 2004.  Whatever the case, this overview of Uriah Heep's career stops at 2001, and I stopped watching it much earlier than that.

Is it a good documentary?  Actually yes.  Say what you will about "Deep Purple Lite," but the interviews are surprisingly frank, and multiple perspectives are offered on each album.  The producer of their classic albums is probably the highlight of the whole endeavor, given the way he consistently downplays the band's musical abilities.

The one strange thing about this documentary is how much the John Lawton albums are discussed.  Maybe this is because the band felt they were more divisive?

What the hell does "bloody basket of flowers" mean?  They keep saying it in this movie, and I've never heard it anywhere else.  Is it something specific to Goa?

In Albela Aishwarya Rai walks around in various outfits looking HOT, and a pervy tourist guide tries to win her love by helping her search for her mother's grave.  As plots go it's like pfffft, but the songs are pretty good and the girl who plays the tour guide's "servant" is also very beautiful.  I can't remember her name as I type this, but she was also the bride in Lajja below.

Four friends get mixed up with South Korea's criminal underworld.  It's a great movie, and more people should see it.  There was a sequel in 2013, but I have the feeling it wasn't nearly as good.

Ah, Bill Clinton.  If only he'd had better control over his dick he would have been right up there with JFK.  Not that JFK had that much control over his own dick either, but you know what I mean.  Different time periods, with a totally different set of consequences.

This insightful documentary brought up a lot of things I'd forgotten about Clinton, and also reaffirmed my general impression of the man.  It would make a good companion piece to the movie Primary Colors, which remains one of John Travolta's best movies, and a fascinating portrait of the Clinton presidential campaign.

Damn it doesn't always feel good to be a gangsta.  As documentaries go this one is all over the place, but there's some riveting stuff in it.  It was filmed in the late 90s, so it's more about crack, but the interviews with gangsters, prostitutes, drug addicts, rap stars, exotic dancers and people who are a little bit of all five are as eye-opening now as they were in 2001.  This movie makes a particularly good point about police informants and how they can be used to target a specific community.

Fun Fact: Bushwick Bill is actually Jamaican.  The authorities wanted to deport him back to Jamaica following a recent drug bust. 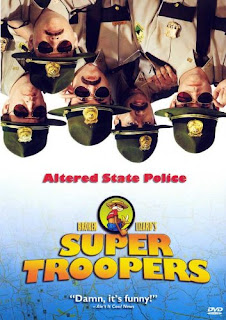 Two That I'm On the Fence About

A latter-day Police Academy.  On the one hand there are some genuinely funny bits in it.  On the other it wasn't nearly as good as the internet had led me to believe.

It might just not be that funny.  It might be one of those comedies (like Hot Rod) that takes a while to grow on you.  I'll watch it again later and see.

Ben Affleck and Josh Hartnett contend over the love of the same woman.  And whatever happened to Josh Hartnett?  He used to be a big deal...

On the dramatic side this movie is the corniest, most overwrought piece of nonsense I've seen in a while.  On the action side the battles are excellent.  Michael Bay directed, so you know it's all cut, cut, cut, snippet of dialogue, cut; but this said it might be one of his better movies.  There's a far superior version of the same love triangle in Brothers, and for Pacific Theater action you'd do no better than Flags of Our Fathers, but if you've seen all the other famous war movies this one does have some redeeming features.

The real problem with this movie is that it doesn't end with Pearl Harbor.  Like the similarly unsatisfying The Alamo, they felt the need to add a "striking back at the enemy" part after what should have been the climactic battle. 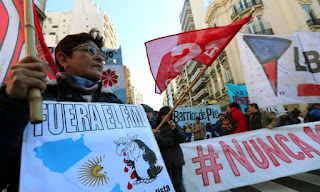 Informative, but Not Interesting

Documentary on Argentina's financial woes.  It'd be interesting if you were studying International Finance, but man it's a deep dive.  I feel for the people of Argentina, but I couldn't stay focused on this catalog of indiscretions.  I'm not that knowledgeable on Argentinian politics and finance either, and a lot of the people in this documentary seem to be playing the victim. 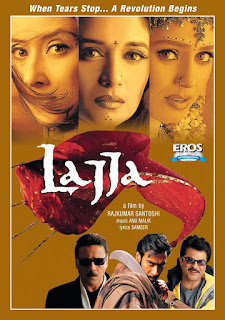 Domestic violence!  And... songs!  And... odd bits of comic relief?  It's not these three things together that make Lajja bad, it's the fact that once the abused wife hides at the wedding geological ages seem to pass, all without a single funny or interesting thing happening.  I got about an hour and a half into its 3.5 hour runtime and had to quit.

No big surprise here.  Mariah Carey's star vehicle was noted for its disastrous qualities when it came out, and even though it's definitely bad it's not - I have to say - bad enough to be good.

What I'm wondering is if the countless similarities between this movie and 2018's A Star is Born are accidental or intentional.  It could be that any movie like A Star is Born shares certain plot elements with Glitter, but I'm tempted to say that whoever wrote the script for A Star is Born had at least a passing familiarity with Mariah Carey's movie.

Fun (?) Fact #1: This movie was filmed just before the September 11 terrorist attacks.  You can see the Twin Towers in one of the scenes.

Fun (?) Fact #2: Carey celebrated the release of Glitter by having a complete nervous breakdown.

Fun Fact #3: The movie mixes up Carey's mixed race ancestry.  Actually it was her father that was black, while her mother was Irish.  She also had a very good relationship with her mother, who taught her how to sing.  Of course in the movie she's "Billie Frank" and not "Mariah Carey," but Glitter was obviously meant to be biographical.

Fun Fact #4: In case you're wondering, Carey has a much greater vocal range than Lady Gaga.  I myself prefer Lady Gaga, but it's beyond dispute that Carey's singing ability approaches the superhuman. Two So Bad They're Good

Paul Hogan and Linda Kozlowski return in the sequel nobody wanted.  This is doubly ironic because the movie features a subplot in which a fictitious movie studio produces sequels that nobody wants.

Crocodile Dundee in Los Angeles also reminds you just how long ago 2001 really was.  Passing references are made to Tower Records, Baywatch and The Rock's celebrated career in the WWE.

It threatens to grind to a halt at several points, the jokes never quite land, and one wonders if Kozlowski wasn't just famous for her ass, so famously exposed in the first Crocodile Dundee.  Whatever the case, she sure can't act.

2. The Path Beyond Thought

Training video for a chain of Aikido schools, or colossal monument to Steven Seagal's ego?  I'll let you be the judge.  Whatever it is it's pretty entertaining.  I'd also like to know what would happen if one of these Aikido guys took on someone like Royce Gracie.  I have the feeling Gracie would take them apart. 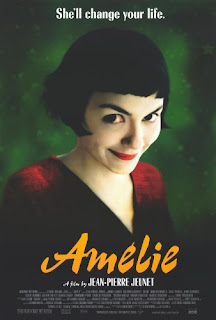 This movie couldn't be more French if it tried.

Jean-Pierre Jeunet directed this tale of a young woman who decides to be a good samaritan.  I enjoyed its quirkiness in the first half, but I had trouble concentrating on it during the second.  The camera all but consumes star Audrey Tautou, the movie is full of memorable scenes, but at a certain point I found it hard to empathize with the characters.  Perhaps I'm just too American?

Fun Fact: Five years later Audrey Tautou would star opposite Tom Hanks in The Da Vinci Code, it would be her first and last Hollywood movie.  Director Jean-Pierre Jeunet also had a brief association with Hollywood, directing only Alien Resurrection in 1997.