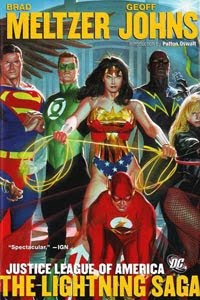 This TPB is a mess. I'm still not sure how this is a "saga," given that there are only five chapters in it. After these five chapters DC appended two random JLA stories, both of which outshine the saga for which the book is named.
As for the "saga," it's something about the Legion of Superheroes travelling back in time so that they can resurrect a famous superhero. Then... surprise! They resurrect the wrong superhero. Oh well, better luck next time...
The two stories stapled on to the end of this book are better than The Lightning Saga, which, as previously stated, isn't really a saga. "Walls" is a survival story featuring two of the JLA's bit players, and "Monitor Duty" explores the relationship between Superman, Batman, and Wonder Woman.
I'm hoping that the other JLA TPBs are better than this one. The art is spotty, and the saga's plot had some serious holes in it. 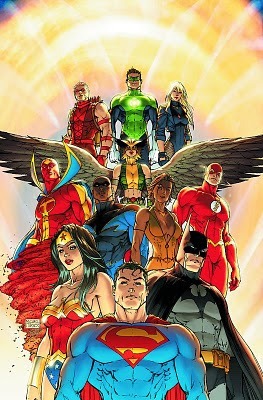