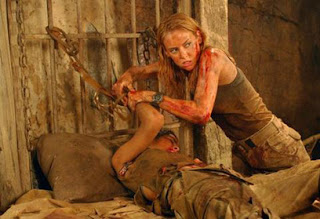 The following discussion was inspired by an article titled "10 Most Disturbing Horror Movies," at Horror-Movies.Ca.  Anyone who likes scary/disgusting films should check out both this article and the comments attached to it.

The author of that article lists the following 10 horror films as the "most disturbing."

I had already seen Pet Sematary, I Spit on Your Grave, the Hills Have Eyes, Seven, and the House of 1000 Corpses, and I could see the inclusion of all these movies except Rob Zombie's "House."  In my opinion, "House" was terrible. 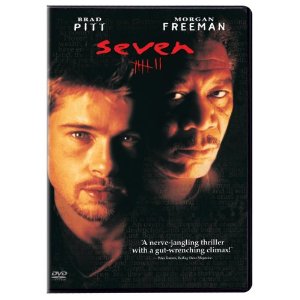 But what really caught my eye wasn't the films on this list that I'd already seen.  What got my attention was the 5 movies I hadn't.  So, armed with uTorrent and a strong stomach, I managed to find all of the films except "The Woman."  What follows are my thoughts on each.

This movie is very, very French.  On the plus side, Monica Bellucci spends much of this movie nude, and the cinematography is excellent.  On the minus side, this isn't really a horror movie.  I suppose I might find the extended rape scene more horrifying if I was a woman, but as it was I just couldn't find anything in this film disturbing.  It's a good movie, but I don't know why it was included on the above list.

This one follows the "home invasion" format, with some clever twists at the end.  Two guys hold a family of three hostage, forcing each to play a series of "games."  Again, I wouldn't really classify this one as a horror movie, but it IS disturbing.  I liked the ending.

This one is definitely a horror movie.  Two high school kids find a nude woman who can't die in an abandoned basement.  As you might have guessed, things go downhill pretty quickly from there.  I thought the first 3/4 of this movie was fantastic, but it degenerates into a genre picture near the end.  It's frightening and has a couple of truly disgusting/disturbing parts, but it also shows a surprising amount of intelligence.

Three college students embark on a study of fear.  One of them takes the study too far.  It's a good movie, but nothing in it disturbed me.  It's also a bit too similar to the "Saw" movies.  Probably one of the more philosophical horror films out there. 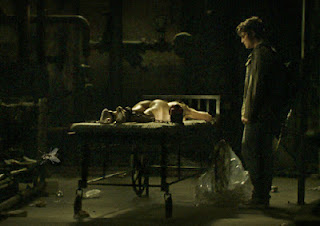 And aside from the above four films, the comments that followed that article offered many more.  Here are three:

This is a very serious film, and it tries to say very serious things about Serbia.  The main character is an ex-porno star, who agrees to perform in one more picture.  Little does he know that this picture is - you guessed it - a snuff film.  The second half of the film features rape, sodomy, incest, mutilation, murder, and other acts of violence.  There is one scene in the middle that is NASTY, but it gets cartoonish near the end.  I watched the "uncut" version.  Kind of reminded me of Nekromantik.

This movie is classic.  Four Americans go down to the Amazon to film real-life cannibals.  After their disappearance, a professor of anthropology is sent to find them and also to assess the documentary footage they left behind.  Real animal mutilation is interspersed with staged scenes of rape and torture.  This movie is still banned in several countries, and it is the ONLY movie discussed here that actually made me want to puke.

I haven't seen the first Human Centipede, but parts of the first movie are shown in the second.  An emotionally disturbed man tries to construct a "human centipede" by stitching living people together.  It's pretty sick, but it's also a pretty good movie. 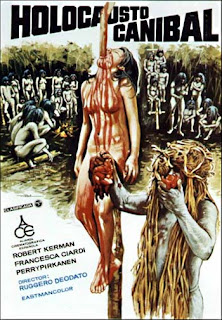 Oh, and I also wanted to mention the film Prometheus while I'm at it.  Prometheus has plot holes that you could drive a truck through, but it is also a disturbing movie, with lots of gore.  The sequel, if it ever gets made, should be good. 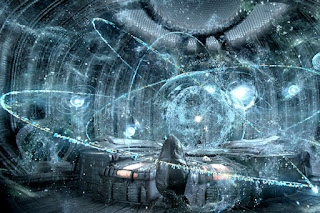 Were I to compile my own list, it would look very different from the one at the top of this entry.  Of the "10 Most Disturbing" above, I'd probably only keep the remake of The Hills Have Eyes.  On top of that I'd add Cannibal Holocaust, and from these two go on to more contentious offerings.  I'd have to put John Carpenter's The Thing on there, probably The Exorcist I and III, the first Alien, The Texas Chainsaw Massacre (both the original and the remake), Videodrome, Audition, Prince of Darkness..... and on, and on.  I've seen a lot of horror movies, and I would have to think long and hard before coming to any final decision.
張貼者： Times Three 於 上午10:50 3 則留言:

Books I Read During Summer Vacation

Between Taiwan, Thailand, and Cambodia I didn't get all that much reading done this summer.  But that's not necessarily a bad thing... 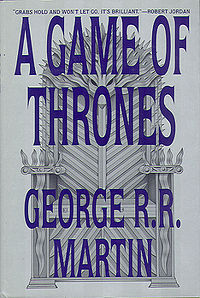 Attempts at eloquence aside, this book is simply BAD ASS.  I haven't read a fantasy novel this good since the Lord of the Rings trilogy, and Martin's books might even surpass those celebrated novels.  Where his prose lacks poetry, he more than makes up for it with believable characters, intricate plotting, and an attention to detail that is second to none.  I am very happy that I read this book, and I plan on reading the remainder of Martin's "Song of Ice and Fire" as soon as they arrive in the mail.

2. "Alan Moore's Complete WildC.A.T.S." by Alan Moore, Jim Lee, and Some Other Guys

This TPB doesn't really feel like Alan Moore until the very end.  There are enough characters - and enough backstory - to make for a truly confusing reading experience, and it doesn't get good until the last few chapters.  Jim Lee drew most of it, but his art adds little to the story. 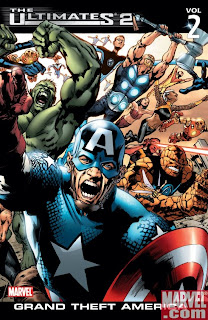 Continuing where the first Ultimates left off, this installment finds Thor institutionalized and America at the mercy of super-powered terrorists.  Captain America gets his ass kicked, Hawkeye is way cooler than in the original Avengers comics, and the Hulk returns from exile.  Not as good as the first Ultimates, but that one is hard to top.  Great writing and art throughout.

I've never been a huge X-men fan, but this one makes everyone's favorite mutants seem slightly cooler.  Confronted by the sentinels on one hand and the Weapon X program on the other, the X-men strive to overcome individual differences and work as a team.  I like Millar's version of Wolverine and Magneto, but this one was a far cry from his work on The Ultimates.

The sequel to "A Game of Thrones," this one follows the exploits of the Starks as they face off against the Lannisters in the wake of Eddard Stark's death.  A great, absorbing work of fantasy.

The third book in Martin's "Song of Ice and Fire."  Forces realign after the decisive battle for Storm's End, with enough sex, violence, and political intrigue to keep anyone interested.  Metal bands take notice: you would be well-advised to mine this book for both song titles and lyrical content. 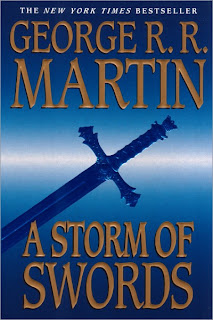