Some Other Movies From 2005

In 2005 I was living in Taichung 台中, on the other side of Taiwan.  For those who don't live in Taiwan, Taichung is a MUCH bigger city than Taitung 台東, the city where I now reside.

I have a very clear memory of seeing Peter Jackson's King Kong in the theater that year.  I can remember driving my older daughter down to the Shin Kong Mitsukoshi 新光三越 Department Store on Taichunggang Road 台中港路 (now known as Formosa Boulevard 台灣大道), and going to see it at the theater there.  My daughter was very little at the time, and the part where the guys get eaten by giant insects really freaked her out.

I don't remember much else from that year, aside from being very bored with teaching kindergarten.

The top 5 movies of 2005 were Harry Potter and the Goblet of Fire, Star Wars: Episode III - Revenge of the Sith, The Chronicles of Narnia: The Lion, the Witch, and the Wardrobe, War of the Worlds (great movie), and King Kong (also not bad).  2005 was also the year Christopher Nolan's Batman Begins came out.

Some of my other favorites from 2005 are Constantine (a movie critics hated), The Jacket, Sin City (blew my mind), Unleashed, The 40-Year Old Virgin, Lord of War, Capote, North Country, Jarhead and Transamerica.  Of these movies, I've probably seen Sin City and Transamerica the most times. 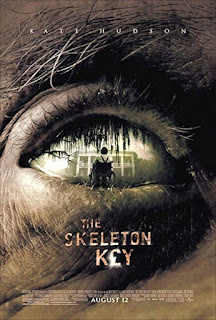 It's NOT amazing, but it anticipates Get Out by more than a decade.  Kate Hudson stars as a nurse taking care of a dying man in a spooky old Southern house.  She discovers a secret room in the house (of course!), and things take a turn toward the supernatural from there.

Samuel Jackson stars as a basketball coach in an inner-city high school.  It's an involving movie with a timely message.  The principal in the movie is a bit of a caricature, but other than that I have nothing bad to say about this film.  Too bad it was so overlooked in 2005.

F*%king Brian Bosworth is in this!  Reminds me that the Seahawks are playing the Cowboys tomorrow.  Hopefully by the time you read this they'll have secured that second Superbowl win.  Rams and Chiefs are tough this year, though.  We'll see...

Adam Sandler plays an ex-NFL quarterback convicted of... something, who is then sent to a federal prison that couldn't possibly exist in the real world.  I'm no fan of Sandler, but Chris Rock and Terry Crewes are pretty funny in this one.  Burt Reynolds also shows up to reprise his role from the original.  Definitely not excellent but it has its moments.

Michael Bay directed this movie about a dystopian future.  Ewan McGregor and Scarlett Johansson starred.  This movie and Pain and Gain are the two Michael Bay movies I actually like.

...not that it's perfect.  McGregor and Johansson's characters overcome their conditioning WAY too easily, Djimon Hounsou's bounty hunters are incredibly inept, and that facility has to have the worst security ever.  It's a solid action movie, just don't think about the plot too hard.

Watching this movie in 2019, it's hard not to think about China.  With their "social credit system" and Xinjiang "happy camps," it's easy to imagine something like this taking place there.  Recent news surrounding their cloning program is also worrying.

Fun Fact: Despite earning over $162 million, this movie was considered a box office bomb.  It cost $126 million to produce.

Elijah Wood stars as an American who falls in with some London soccer hooligans.  It's a surprisingly good movie, even though the ending feels a bit contrived.  In some ways it reminded me a lot of 2016's Imperium.

Fun Fact #2: Elijah Wood did this film the same year as Sin City, and two years after the third Lord of the Rings.

Say what you like about the Saw franchise, it seems a lot more self-aware than other horror properties.  I've seen all of them, I just get them confused.  Danny, the lesser Wahlberg, stars as a detective at the mercy of Jigsaw, and as you might expect a lot of people die in gruesome ways. 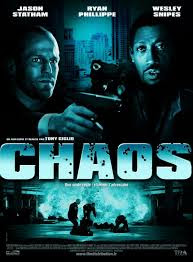 Jason Statham, Wesley Snipes and the longsuffering Ryan Phillippe star in this cops and robbers yawnfest.  I fell asleep halfway through, woke up half an hour later, and didn't feel like I'd missed a thing.  It was filmed relatively early in Statham's career (Transporter 2 also came out in 2005), so the script puts him on equal footing with Phillippe.  Snipes was convicted of tax evasion the year after.

This movie was direct-to-video, which in 2005 said a lot about its quality.  Franchise Pictures, which produced the film, released the disastrous Battlefield Earth in 2004.

Post-9/11 paranoia + a long flight + a missing child.  Jodie Foster stars, and even though she's great the bad guys' plan doesn't make a great deal of sense.  How is it that not a single person on the plane saw her daughter?  And wouldn't the video footage of mother and daughter passing through the airport have indicated some kind of plot?

3. The Greatest Game Ever Played

Remember Disney before they owned Marvel and Star Wars?  Disney, back when between every animated feature?  Back when the "off years" featured some historical sports drama, centered around some obscure event you never heard of?  This is that Disney.

Shia LeBeouf stars as an amateur golfer facing down a seasoned British professional in the U.S. Open.  They do their best to jazz it up with cgi, but it's still a movie about golf, and golf is only ever so interesting.  Points for trying though.

Fun Fact: This movie was directed by Bill "Game Over" Paxton, of Aliens fame.

Damn Paul Walker's character can hold his breath a long time!  And damn Jessica Alba has a great big ass!  And damn this movie is boring!  If you're a dude (or a lesbian) Alba's ass will probably keep you going for the first half, but the second half is all talk talk talk SERIOUS ACTING talk talk talk and then random Thunderball-style fight.  When I think about it, Jessica Alba's level of FINE has kept a lot of sub-par movies going, from the second Fantastic Four right on up to whatever the last Transporter was.

Fun Fact: Reynolds mentions Regina, Canada in the first Deadpool.  That's where this movie was filmed.

God damn this movie is TALKY.

Back in 2005, comic book geeks were probably wondering what it would be like if director Joss Whedon did - oh, I don't know - a film adaptation of The Avengers.  In 2019, anyone seeing this for the first time will probably wonder whether or not he put his hands on any of this film's female cast members, or whether or not the similarities between this movie and Guardians of the Galaxy were intentional or accidental. 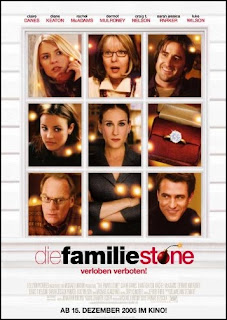 Two So Bad They're Kind of Good

A woman goes to meet her boyfriend's family on Christmas.  The woman in question is cartoonishly conservative, and the family in question is cartoonishly liberal.  It gets implausible real fast, and I can't count how many better movies various cast members have appeared in.  I've never been a big Sarah Jessica Parker fan, but this one is bad even considering her filmography.

Variations on a theme from WarGames.

Josh Lucas, Jessica Biel, and Jamie Foxx star as pilots of cgi planes who have to track down another cgi plane piloted by itself.  It's straight cheese from beginning to end.  Tell me again - how is the end of this movie "happy?"  How did it NOT trigger World War III?

Fun Fact #1: This movie was one of the biggest bombs in movie history.

Fun Fact #2: Jamie Foxx appeared in this the year after winning the Academy Award for Best Actor in Ray. 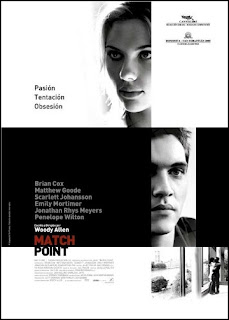 One I Didn't Even Bother With

Didn't realize it was a Woody Allen movie until I saw the opening credits.  Turned it off right after.