Some Other Movies From 2007

As we approach 2007 we also approach a time in which my life was different.  A little different, anyway.  In 2007 I was still teaching English in a local junior high school, and (I think) I was also teaching some English at the local university.  My daughters were 7 and 2, and I had only lived in my particular corner of Taiwan for about a year.

The top 5 movies of 2007 were Pirates of the Caribbean: At World's End, Harry Potter and the Order of the Phoenix, Spider-Man 3, Shrek the Third and the first Transformers.  I might have seen Spider-Man 3 in the theater.  I'm not sure.

Critical favorites of that year included No Country for Old Men, The Diving Bell and the Butterfly, Atonement and There Will Be Blood.  I wasn't watching a lot of movies then, so I missed all of these films in theaters.

I'd nominate either August Rush or Beowulf as the worst movie of that year.  August Rush is perhaps the sappiest movie ever, and Beowulf was a visually unappealing trainwreck from beginning to end.  Beowulf is also one of those movies where you hear about the concept and think: "Wait a second, why did anyone think this was a good idea?" 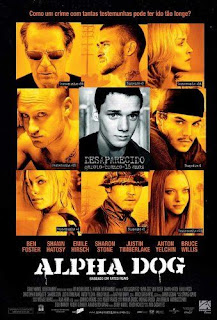 I always get my Cassavetes(es) confused.  In case you have the same problem, John Cassavetes is the "auteur" who directed A Woman Under the Influence and Gloria.  Nick is his brother, who directed John Q.  I got my hopes up when I saw "Cassavetes" in the opening credits, but then realized it was Nick Cassavetes, not John.

Even so this movie is pretty good, and features a lot of actors who would be much more famous later.  Emile "Speed Racer" Hirsch stars as a small-time drug dealer in California, with Ben Foster as his sometime rival.  I disliked the "true crime" elements in this movie, but on the whole it was nicely done, and Ben Foster is always interesting to watch.

Critics didn't love this movie however, and at times it bears too close a resemblance to better movies like Kids.  I thought it was alright though.

2. The Assassination of Jesse James by the Coward Robert Ford

At times this movie looks too much like a music video, and it goes on way too long.  Brad Pitt is at his best as Jesse James, and Casey Affleck is equally captivating as Robert Ford.  But between great scenes there's way too much travel by horseback, and conversations that lead nowhere.  If you like Westerns you'll find a lot to like in this movie, but I recommend finding a comfortable chair to watch it in.

If you ask me, Affleck's Oscar win for Manchester by the Sea came too late.  He should have won nine years earlier for this one.

PalmPilots, pagers and VHS players.  Yeah, 2007 was that long ago.

Ryan Phillippe and Chris Cooper star in this espionage thriller based on real events.  Cooper is delightfully hateful, and Phillippe plays the role he's replayed dozens of times.  I liked it, but the ending is kind of a foregone conclusion.

I know I've read the book, but all I can remember is that it had an interesting premise that failed in the execution.

...so I'm going to go ahead and say the movie is better, even though I'm very hazy on the book.  James McAvoy stars as a young man working for a rich family, with Kiera Knightley as the object of his obsession.  Soairse Ronan, who starred in 2009's The Lovely Bones, is also featured.

It's a very good film and was nominated for a lot of Oscars that year.  I'm a little surprised I hadn't seen it earlier.

To be perfectly honest, the real reason I liked this movie is probably the 12.5 hour Lars von Trier marathon I did/subjected myself to recently.  After movies like Antichrist, Melancholia, and Nymphomaniac some traditional American buddy cop silliness was in order.  I was, in other words, looking for something DUMB and Rush Hour 3 fit the bill perfectly.

Surprisingly, Chris Tucker's parts in this movie are still funny.  Jackie Chan has been in better films, but in this one he does a serviceable job playing the straight man.  Brett Ratner directed, so don't expect any kind of depth.  If nothing else it's a pleasant way to pass a couple hours, even though the Paris setting is an afterthought and the ending makes little sense.

Fun Fact #1: Chris Tucker made a ton of money on this movie.

Fun Fact #2: That French police inspector that Tucker and Chan punch out is none other than Roman Polanski.

Driven by post-9/11 paranoia, Bruce "Yippee-Kai-Yay" Willis and Justin Long race to stop an evil hacker from destroying... America?  In action movie terms it's better than Rush Hour 3, but it's no Gladiator.

And whatever happened to Justin Long?  And Maggie Q, for that matter?  Wikipedia tells me that Justin Long is appearing in movies you probably haven't heard of, and Maggie Q has most recently appeared in the Divergent film series.

Anyone else remember this show?  The movie's still funny, and a lot of people who were more famous later show up in it.  The Rock, Patton Oswalt, Paul Rudd, and even Paul Reubens.  It looks very low budget and critics at the time didn't love it, but I'd say it was one of the funnier comedies that year.

Taika Waititi directed this New Zealand version of Napoleon Dynamite.  It's not laugh-out-loud funny, but if you liked Hunt for the Wilderpeople you'll also like this one.

It's heavy handed and it has that "white savior thing" going on, but Hillary Swank is great as usual.  In my opinion Hillary Swank should be in every other movie.

In this one Swank plays a high school English teacher trying to reach students in Long Beach, California.  It all drags on WAY too long, but the first half is good and if you can put the racial/identity politics of the present day to one side you'll probably enjoy most of it.  I'm weird of course, but I think it would make a good double feature with Samuel Jackson's 187, a much darker movie that shows the toll this kind of work takes on teachers.

Probably my favorite of the movies listed here.  Similar in some respects to the more recent Wild, this Sean Penn-directed movie features Emile Hirsch (him again!) as a young man bent on leaving civilization behind.  Where Wild focuses on the protagonist overcoming substance addiction and reconciling herself to personal relationships, Into the Wild is more about one person's attempt to attain freedom from societal constraints.  It owes more to Thoreau and Jack Kerouac, and even though both Wild and Into the Wild are memorable films I found Into the Wild to be the more philosophically weighty of the two.

Fun Fact #2: Emile Hirsch is set to appear in Quentin Tarantino's Once Upon a Time in Hollywood, a movie about the Manson Family Murders.

Not as hysterically funny as I was led to believe, but it has its moments.  Simon Pegg stars as a policeman in a small English village.  It parodies many American action movie tropes.

Fun Fact: The actor who plays the village priest was also the bad guy in Raiders of the Lost Ark. 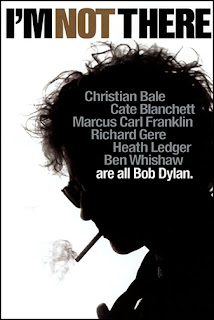 Art or artifice?  As much as I liked Velvet Goldmine, and as much as I share director Todd Haynes' love of late 70s art films, I just wasn't feeling this one.  It meanders all over the place, though I suppose it's trying to make some point about the elusive nature of Bob Dylan's personality.  The overall effect is that of an empty vessel, or more specifically of a movie without a main character.  Critics loved it, but I have to say it veers toward pretentiousness.

Fun Fact: this was Heath Ledger's movie before The Dark Knight.  Both he and Christian Bale appear in I'm Not There as different versions of Bob Dylan. 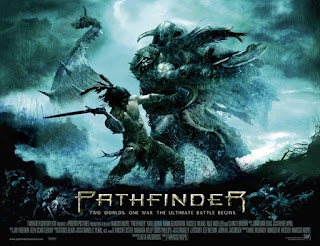 Equal parts Conan the Barbarian and First Blood, Karl Urban stars as a Viking raised by Native Americans.  It's needlessly violent, and the Vikings are completely one-dimensional.  Delving into the cultures involved would have made this movie more interesting, but as it is it's standard swords-and-sandals fare.

Hard not to compare this to Jon Favreau's Chef, which I also saw for the first time recently.  Chef is just an all around much better movie.

In No Reservations Catherine Zeta-Jones stars as an ambitious chef, with Aaron Eckhart as her love interest/sometime rival.  It was marketed as a rom-com, but it's too dark in places and Zeta-Jones and Eckhart have zero onscreen chemistry.  Yes, Zeta-Jones is as beautiful as always, but that fact alone isn't enough to carry a whole movie.

Three generations of women come to terms in small town Idaho.  Jane Fonda stars with Lindsay Lohan and Dermot Mulroney.  It's not terrible, but the people in it talk like they're in a play, and one gets the feeling that by this point Lindsay Lohan was just playing herself.  August: Osage County is in many ways similar to this movie, and I wouldn't hesitate to recommend that movie over this one.

Fun Fact: Felicity Huffman, who plays Lohan's mother in this movie, was the star of Transamerica, a movie in which she was excellent.  And no, she's not really a man.  Nor was she a man at the time of filming.  A woman.  The whole time.  That was a prosthetic penis.

The thing about this movie, as with most American horror movies, is there's a line it won't cross.  Rape, for example.  It's fine to torture people to death, but no rape.  It says a lot about an audience, a director, and a culture when you can show a guy getting emasculated but rape is off the table.

...not that anyone watching Hostel: Part II is going to be that concerned about whether it is, in less relative terms, a good movie.  So instead I'll offer the most damning criticism: on a scale of "Disney" to Grotesque - "Disney" being a 0 and Grotesque being a 10 - I'd rate this movie a 3.  It takes FOREVER to get going, and the inevitable scene in the dungeon is less that 15 minutes long.  In other words don't waste your time.