"300" by Frank Miller and Lynn Varley 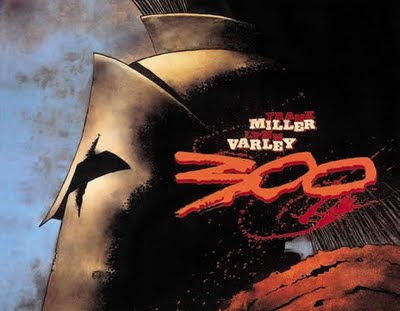 For those who are extremely uncool, unfortunately sheltered, or quite possibly feminine, Frank Miller is a legend in the world of comic books. His work on Daredevil and Batman in the late 1980s/early 1990s revolutionized the comic book industry, and aside from perhaps Alan Moore, he has had more movies adapted from his comic books than anyone else out there.
"300" is a beautifully drawn graphic novel, even if the story's a bit thin. As anyone who's seen the movie knows, it follows the battle between a group of 300 Spartans and the entire Persian empire. Several subplots were added to the movie, and the graphic novel is little more than a series of military engagements.
I wouldn't say that this is the best thing that Frank Miller ever did, but it's far from the worst. It pales in comparison to "Ronin," "The Dark Knight Returns," or "Sin City," but it's not half as bad as "The Dark Knight Strikes Back" or "All-Star Batman and Robin."
At $30, the hardcover is only for the die-hard Frank Miller fan. I would suggest borrowing it from a friend, or reading it in the local library like I did. 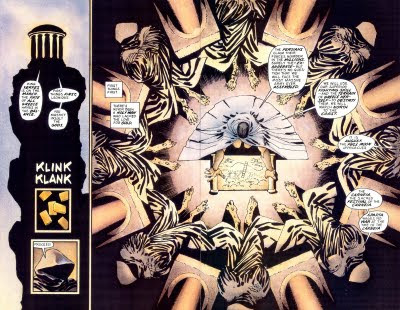