The previous entry in this series is to be found here.  Back when I wrote that, "Spider-Man: Homecoming 2" was the farthest movie out, and I saw that film - renamed Spider-Man: Far From Home - last summer.  Seems like the right time to do another one.

So what's on the horizon?  Here are the movies we can be relatively sure of, although in the case of The Flash Warner Bros. is always ready to play with my emotions:

...and of course there are ideas/plans for other superhero movies floating around Hollywood.  If Bloodshot is successful there will be a Bloodshot 2, followed by a cinematic adaptation of Harbinger.  Of all the studios, Sony's plans are probably the most difficult to anticipate, and Warner Bros. always reserves the right to change its mind.

I'll be grouping these movies according to "Gotta See It," "Might Go See It," and "It's Streaming, Why Not?"  Under these headings I'll be listing the movies from most to least anticipated. 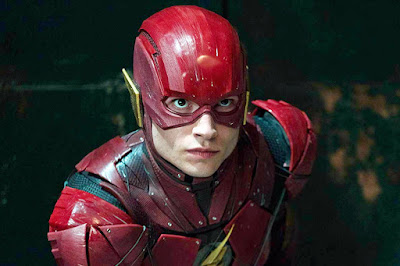 Yeah, this movie's still doubtful but I'm dying to see it.  My dying to see it has nothing to do with Ezra Miller, Justice League, or even BvS.  The Flash has always been my favorite superhero, and until proven otherwise I think a solo movie featuring him would be the greatest thing ever.  The guy who directed It: Chapter One and It: Chapter Two is on board for this (at least for the moment), and this only makes me want to see it more.

Anya Taylor-Joy as Magick!  That's some spot-on casting right there.  I worry that after the merger Marvel Studios has retooled this movie beyond recognition, but a cinematic adaptation of the Demon Bear story could be great.  Recent developments have me wondering if it's even going to be released theatrically, but if it is I'll go see it.

I think this movie will be Marvel's attempt to add an "upper level" to their cinematic universe, and for that reason it has me intrigued.  I was never a big fan of these characters in the comics, but I'm looking forward to seeing how they connect up to the rest of the MCU.  As much as I prefer DC's New Gods, Warner Bros.' plans for that movie become even less relevant after The Eternals.

4. Doctor Strange and the Multiverse of Madness

I'm hoping this will be the mindfuck I wanted the first one to be.  It will also star Elizabeth Olson, an actress I'm happy to stare at for a couple hours.  Hopefully this movie will distance Stephen Strange even further from Tony Stark, in that he came across as "magic Iron Man" in the first movie.

It should be solid.  The director has a proven track record and Robert Pattinson has been gaining indie cred for a while now.  I also like the recent addition of Paul Dano to the cast.

The first one wasn't awesome, but I think with the mythology out of the way this one will be a lot of fun.  Patty Jenkins has directed some great movies, Gal Godot is able to carry a movie, and having Maxwell Lord as the villain is an interesting idea. 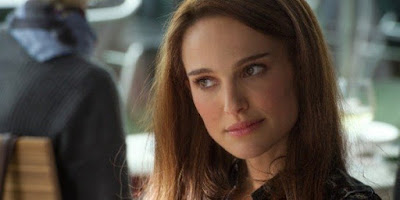 I'll reserve judgement until I see the trailer.  Natalie Portman is one of my favorite actresses, but I found Ragnarok disappointingly jokey.  I do like the idea of Jane Foster becoming Thor though.  Again, we'll see...

I really enjoyed the first one.  I just hope the second isn't more of the same.  Putting less of the sequel in Wakanda might be a good thing.

Marvel can make another one.  I wasn't blown away by Peter Parker's European Vacation, but you just never know with Spider-Man.  There are a lot of good stories there, and maybe the next one will be better.

4. Shang Chi and the Legend of the Ten Rings

I love kung fu movies, but if they tie this too closely into the rest of the MCU Shang Chi is probably going to suffer by comparison.  If they keep it small, if they keep it relatively grounded, it should be good.

Woody Harrelson as Carnage!  If anyone knows how to play psychos it's Woody Harrelson.  I'm worried about first-time director Andy Serkis, but the return of Tom Hardy bodes well for this movie.  I just hope they're working from a better script.

Given that Venom was surprisingly... not bad I'm intrigued by this movie.  After the Suicide Squad fiasco Jared Leto has something to prove, and he's certainly been good in a lot of good movies.  I know next to nothing about the character, but it'll be interesting to see how Sony expands the universe.

Not dying to see this, but maybe they'll do something cool with that multiverse concept introduced in the first movie. 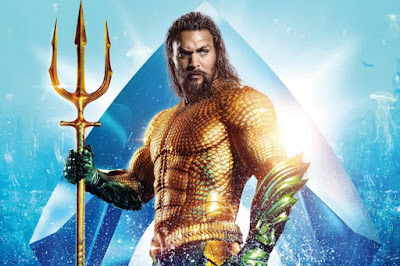 It's Streaming, Why Not?

I was so totally not into the first movie.  The first movie was talky, full of plot holes, and generally trying way too hard to do way too many things.  I have no reason to think the sequel will be any different.

The recent trailer did nothing for me.  I have the feeling this movie is for young girls, and young girls only.  Margot Robbie was excellent in I, Tonya, but I can't find a single redeeming thing about this movie to hold on to.  Huntress?  Black Mask?  Who cares?

I'm not a fan of James Gunn.  I'm sure it'll be better than the first one, but better by how much?  There's an outside chance I'll go see it in the theater, but only if the reviews are stellar.

Maybe it will be awesome, but I'm not sure how this character justifies her own movie.  Nothing in the previous MCU films makes me want to see this, and Scarlett Johansson has been in plenty of bad films.

The trailer wasn't awful but it gave too much away.  If this is awesome and the Valiant universe becomes a thing I'll be as excited as anyone.  ...but I'm not holding my breath.

P.S. It's kind of fun to go back and read the first of these entries, written way back in 2014.  Sometimes I was right on the money, other times I was way off.
張貼者： Times Three 於 下午2:54