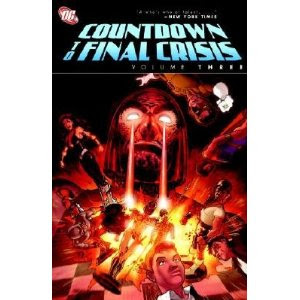 I think that the DC Universe is often at its best when it's facing armaggedon. Given the number of godlike characters in the DC roster, only the greatest of threats will make them even halfway interesting.

This has been the case ever since "Crisis on Infinite Earths," when DC finally realized that either their continuity needed to be adjusted, or they would be losing their audience. Not only did characters such as Batman and Superman have too much backstory to deal with, but the sum total of threats they had managed to overcome could only be topped by the greatest of all threats: the destruction of the entire DC multiverse.

Unfortunately, in the years following this first "Crisis," DC has never been able to find a continuity that has really resonated with fans. I suppose that in a way they are a victim of the success they enjoyed with "Crisis," and it will always be a temptation to raise the stakes again. 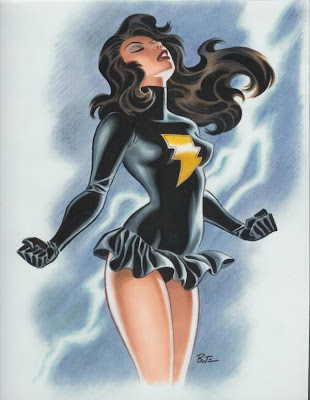 Really the only thing I got out of "Countdown" is that Mary Marvel's costume is very, very sexy. Mary Marvel is even sexier than Wonder Woman, and that's saying a lot.
張貼者： Times Three 於 上午6:28