Some Other Movies From 2003

In 2003 I was living in Seattle and trying to get into graduate school.  I remember taking a few preparatory classes at a community college that year.  I might have also worked somewhere for a bit.  I don't remember.

The top 5 films of 2003 were The Lord of the Rings: Return of the King, Finding Nemo, The Matrix Reloaded, Pirates of the Caribbean: The Curse of the Black Pearl and Bruce Almighty.  Of these blockbusters Finding Nemo is my favorite.

My other favorites of that year include City of God, Old School, A Mighty Wind, Down with Love, Cabin Fever, The Rundown, Kill Bill: Volume 1, The Texas Chainsaw Massacre, The Pianist, Elf and Bad Santa.

Worst film?  Gotta be Gigli, hands down.  That movie is such a train wreck from start to finish.  It's so bad you kind of admire the cast and crew for seeing the damn thing through to its conclusion. 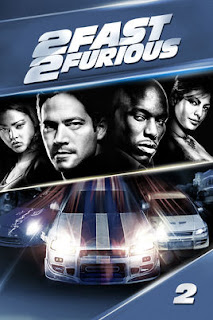 One of the smartest things they did with this franchise was minimizing Tyrese's role in it.  Good-looking guy, but NOT a great actor.

This one's a lot "more to the point" than later installments.  Instead of trying to turn it into a heist movie, it's much more about racing cars and hot women.  Paul Walker and Tyrese are front and center, with only a hint of Vin Diesel in a flashback.  It's alright if you like this kind of thing.

But of course - movies being movies - you know that every single character in this one would be an asshole in real life, right?  Driving around in their ridiculous cars, risking other people's lives and destroying property, engaging in meaningless sexual encounters and all thinking they are so, so cool.

Sound and fury, signifying very little.  But if you want to turn of your brain for a couple hours it's a pretty good ride.  The chase across the bridge near the beginning was particularly well done, and the part in the funeral home is surprisingly funny.

I know I said that The Island and Pain and Gain were the only two Michael Bay movies I liked, but you know what?  Bad Boys II isn't bad at all.  Smith and Lawrence have (had?) great chemistry, and even though the ecstasy subplot doesn't make sense the action scenes are excellent.

Critics DESPISED this movie, by the way.

Two senior guys (Robert Duvall and Michael Caine) take in a young boy (Haley Joel Osment).  It's very "Young Adult" but it's still an entertaining movie.  Josh Lucas, who appears as the adult version of Osment's character, was in Ang Lee's Hulk the same year.

Good thriller directed by James Mangold.  I feel like maybe I'd seen this before, but I enjoyed it nonetheless.  The ending is kind of hard to buy into, and after learning about the killer's identity it's hard to stay involved in the movie, but all of the cast members give great performances.

It's not Blood Diamond, it's not Beasts of No Nation, but Tears of the Sun is a somewhat entertaining war movie set in Nigeria.  Bruce Willis and Monica Bellucci do the white savior thing, and a whole lot of shit gets shot or blown up.  Watchable for sure, but I'm just not buying the S.E.A.L.s' change of heart in the first act.

My brain is telling me this the most contrived piece of nonsense in the history of movies, but my eyes still tear up once the inevitable happy ending arrives.  Various Londoners learn to love again, with a cast that includes Hugh Grant, Colin Firth, Liam Neeson, Emma Thompson and Bill Nighy.

...and that actress that plays Hugh Grant's love interest is freaking adorable.

Think I might have seen this before.  Philip Seymour Hoffman (R.I.P.) stars as a banker with a gambling addiction.  It's a very understated movie, but definitely my favorite of the films discussed here. 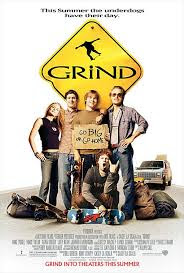 Two That I'm Really Not Sure If I Liked Or Not

On the minus side this movie is complete nonsense.  On the plus side the actress that plays Reese Witherspoon's mom (Jennifer Coolidge) is hilarious.

Fun Fact: Though set in Washington, D.C. this movie was shot in Salt Lake City UT, and Springfield IL. 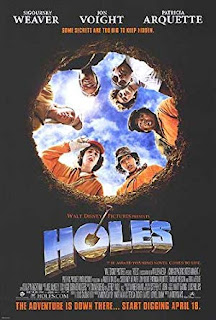 One That's More Entertaining Than It Has Any Right To Be

If you explained the plot of this movie to someone they'd be like, "Yeah, that sounds dumb," but I found it strangely compelling.

Definitely one of the most "wtf" Disney movies of all time though.  Not as weird as The Black Hole, but definitely up there.  Some kids get sent to a juvenile detention center in the desert, where they're forced to dig holes.  Really.  That's about 90% of the plot, and it somehow works.

Fun Fact: The end credits state that this was Shia LaBeouf's first movie, but he'd been in several films before this one. Ben Stiller and Drew Barrymore buy a duplex in Brooklyn.  Little do they know that the old lady occupying the second floor of this duplex is going to be BIG trouble.  There's a funny gag involving vomit, but aside from that this movie misses the mark.  Danny Devito (of all people) directed this movie, and at times it bears some resemblance to Ruthless People.

A group of unusually photogenic people take the wrong road through the Appalachians.  It reminded me of Alexandre Aja's more recent The Hills Have Eyes remake, but it's pulling its punches and fails to approach the greatness of that movie.  The girl in the blue tank top is smokin' hot, but that's about all I can say for it.

3. I Capture the Castle

Fun Fact: Henry Cavill's next movie would be the straight-to-DVD Hellraiser: Hellworld.

Heath Ledger stars as a Catholic priest fighting the forces of evil...  or something.  Like the characters in I Capture the Castle, Ledger's character is completely uninteresting, and the nonsensical workings of his secret order aren't helping matters any.  After the demonic disco I found myself completely unable to take this movie seriously.

Not to be confused with Open Season, which was a Sony Pictures Animation film released in 2006.  In Open Range Kevin Costner attempts to recreate that 'ol Dances with Wolves magic, but unfortunately both he and Robert Duvall fail to do so.  Spectacularly.  Critics loved it, but I found it crazy boring.