"The Master and Margarita" by Mikhail Bulgakov 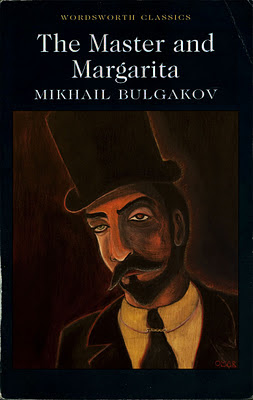 "The Master and Margarita" was first published in 1966, though the 1966 version was heavily censored by Soviet authorities.  A complete version didn't appear until 1973, and the "canonical edition" didn't arrive until 1989.

The English edition I just read was (unfortunately) translated from the Russian by Mirra Ginsberg, who was translating from the censored version.  It saddens me that publishers are still profiting from an inferior edition of this work.  This is of course not the fault of Mrs. Ginsberg, who was only working with what was available, but any publisher even vaguely familiar with this book would know that there are better translations out there.  I bought my copy at the local Barnes and Noble, before I knew there were more authoritative versions available.

The author, Mikhail Bulgakov, was a "person of interest" in the Soviet Union throughout his life.  As an outspoken man of unquestionable talent, he was targeted by the Soviet government for most of his career, and many of his personal struggles with an authoritarian regime are detailed in the semi-autobiographical "Master and Margarita."

The novel concerns itself with Satan's visit to the Soviet Union, and all of the mischief that ensues.  As the story progresses, various individuals get caught up in the devil's schemes, often with hilarious results.  The novel is highly iconoclastic, specifically with regard to Soviet institutions, so you can imagine the kind of trouble Bulgakov was setting himself up for.  I believe that at one point he actually burned the manuscript for "Master and Margarita," and it was only published after his death in 1940.  It remains the most enduring of his works.

What I love most about this book are the surprises.  The plot has a way of turning right when you think it's going to turn left, and vice versa.  Nothing about this book is conventional, and it has to be one of the most original things I have ever read.  Yes, the long, Russian names are somewhat difficult to keep track of, but after the first half of the book this ceases to be a problem.

I can't think of a single bad thing to say against "The Master and Margarita," with perhaps the exception of the translation issues mentioned above.  It is a fantastic book, and if you haven't read it already, you should!