Some Other Movies From 2010

The top 5 movies of 2010 were Toy Story 3, Tim Burton's Alice in Wonderland, Harry Potter and the Deathly Hallows - Part 1, Inception, and Shrek Forever After.  It was a big year for CGI, and the technology was used - and abused - with great frequency.

Alice in Wonderland is, by the way, a terrible fucking movie.  I'm sure that Lewis Carroll turns over in his grave every time someone watches it.  Why make a Lord of the Rings-style movie about what was essentially an exercise in word-play?  And why desecrate one of the most classic works in English literature?  It boggles the mind, and also speaks to the illiteracy of modern audiences.  And if that sounds pretentious, so be it.

My favorite movie of that year?  Probably Black Swan, but The Fighter is pretty close.  The above-listed Inception is also great, and Edge of Darkness, MacGruber, The Town, and True Grit are all worth seeking out. SPOILER ALERT: Soldier Matt Damon never does find those weapons of mass distraction.  Damon plays a military-type person deployed in scenic Iraq, with Greg Kinnear playing against type as an evil politician.  Damon's freedom of movement is a bit far fetched, but it's still a well put together movie.

Documentary on Al Qaeda.  Most of the conversations center around a man unjustly (?) imprisoned on Guantanamo Bay, and concern his close friend, a man who was once Osama bin Laden's bodyguard.  For the most part it's an interesting look at the game board from the other side of the table.  Remind me to never go for a taxi drive in Yemen.

3. The Kids Are All Right

Julianne Moore and Annette Bening star as a lesbian couple whose children seek out their birth father.  It's a very good movie, and Mark Ruffalo really takes it to another level.

Tits, ass, and prehistoric fish with a taste for human flesh.  Alexandre Aja directed much better movies, but this one is corny enough to be fun.  I especially enjoyed the girl with her hair stuck in the boat propeller.  The severed penis?  Gratuitous even for this movie.

This movie is basically Jaws in a lake.  One of the best things about it is the Richard Dreyfuss cameo in the beginning.  Not only does he meet his end in a familiar fashion, but he's wearing the same outfit he wore in Spielberg's 1975 classic.

A writer is called upon to polish the memoirs of a retired Prime Minister.  Pierce Brosnan has been in his share of not-so-good movies but this isn't one of them.  It's a well put together film with some interesting twists.  Be warned, however, that it's a Roman Polanski film.  I'm not a fan of conflating a director's work with his personal life, but this movie does have that stigma attached to it.

Not-So-Fun Fact: the "New England" parts of this movie were actually shot in Germany.  Why?  Because Roman Polanski isn't allowed back into the United States!

6. Prince of Persia: The Sands of Time

The actress that plays the princess is smokin' hot.  Jake Gyllenhaal, however, has been in MUCH better movies.  It's a Disney film based on a video game, so the quality of this movie (or the lack thereof) should come as no surprise.  If you go into it expecting John Carter you won't be disappointed.

Fun Fact: Disney had high hopes for this movie.  They were planning on turning it into a Pirates of the Caribbean-type franchise.

Flash forward 8 years, and the most famous people in this movie are T.J. Miller and Krysten Ritter.  But back then they were playing second fiddle to the likes of Jay Baruchel and Alice Eve, who play the mismatched couple whose romance takes everyone by surprise.  It's not hysterically funny, but TJ Miller has some good lines. 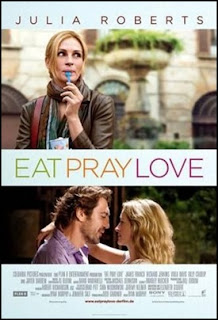 Two That Aren't Very Good, But Which Might Inspire a Good Discussion

This movie could be easily dismissed as "rich white people problems," or even "everything wrong with Western civilization today," but it's fairly entertaining and Julia Roberts gives a good performance as the lead.  Roberts journeys to Italy, India, and Bali after her divorce, and yes, a hot shirtless dude does show up near the end.

I'm going to Bali in a few weeks, and I have doubts that it will be much like it is in this movie.

For an Imax documentary about the most expensive telescope ever, there's very little actual Hubble footage to be found in this film.  Most of the footage concerns either life on the ground or aboard a space shuttle, and none of it's anything you haven't seen elsewhere. 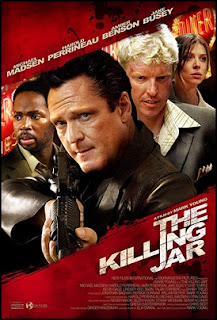 Badly written and for the most part badly acted.  Michael Madsen struggles valiantly against a mediocre script, but at the end of the day this movie fails to develop either sympathy for the characters or interest in the fact of their impending doom.

Director Taylor Hackford has done better, and both Helen Mirren and Joe Pesci are wasted on this movie.  Mirren stars as the manager of a brothel in the Nevada desert, with Pesci as her husband and co-manager.  This movie has its moments, but quickly wears out its welcome.

One funny thing about it is how easily it is to imagine that Pesci is replaying his role from Casino, assuming Scorsese's far superior film had a different ending.  It's easy to picture Pesci's character from Casino somehow surviving all the carnage at the end of that movie, and resurrecting himself as a small-time pimp near Reno.  This said, Pesci's character from Casino would have undoubtedly had a more interesting reaction to Mirren's betrayal near the end of the film.

A pair of ex-soldiers repossess artificial organs from those unable to pay their medical bills.  The premise doesn't make a lot of sense, especially given that this is set several decades in the future.  In some ways this movie reminded me of Equilibrium, another movie that didn't make sense when you thought about it, but where Equilibrium had cool fight scenes and Christian Bale, this movie doesn't have anything to distract from its creaky plot.

And that "romantic surgery" scene at the end is one of the stupidest things I've seen in any movie in a long time. 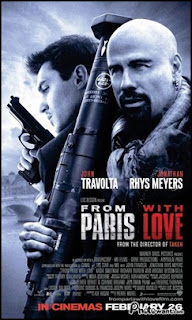 One That's So Bad It's Good


1. From Paris with Love

Action movie set in - you guessed it - Paris.  Jonathan Rhys Meyers struggles mightily with the lead role, but ultimately fails to convince, and John Travolta is simply ridiculous as the spy friend who shoots up half the city.  Luc Besson's involvement, however, keeps the movie entertaining.