Some Other Movies From 1985

I turned ten years old in 1985.  I lived for arcade games, action figures, Japanese robots, cartoons, pizza, frosties at the local Wendy's, comic books, and who can remember what else.  Everyone I knew was happy... at least until we all grew up and started to overanalyze things.

Oh, and a word on this year and those even further back.  I think that as you go back to the pre-Internet days you'll find online movie reviews less and less reliable.  I've noticed this with the 80s.  The reviews you see on sites like Rotten Tomatoes or Wikipedia are often written by a generation of people who wouldn't have been able to see these movies in the theater, or view them with the kind of context those of us in our 40s have.  I'm not saying my opinions on these movies are "more correct," but there is a lot to be said for a knowledge of trends and daily life during that time.

This said, the top 5 movies of 1985 were Back to the Future, Rambo: First Blood Part II (possibly the most 80s movie ever), Rocky IV, The Color Purple and Out of Africa.  As you can see, it was a HUGE year for Stallone.

Out of Africa, Kiss of the Spider Woman, Cocoon and Prizzi's Honor were hits with the critics.  I'm not a huge fan of any of these movies, and I think Prizzi's Honor has aged especially badly.

Worst movie?  It's hard to say.  1985 was a long time ago, and I worry that I'm either forgetting a really terrible film or thinking that a terrible film was actually good because I was ten at the time and didn't know any better.  Just the same, I think Year of the Dragon was quite terrible, in that it caused me to reassess my feelings about both Michael Cimino and Mickey Rourke. 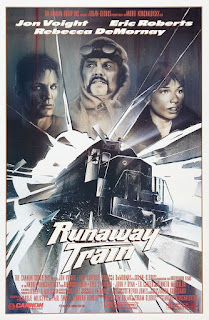 Prison escape movie featuring Jon Voight and Eric Roberts.  Parts of the beginning look very low-budget, but after the train picks up stream (both literally and figuratively) it's excellent.  Jon Voight has been great in a lot of movies, and this might be my favorite of his many performances.

Fun Fact: Akira Kurosawa wrote the original screenplay, but was unable to line up financing for the film in Japan. 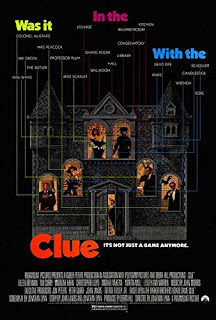 Murder mystery based on the board game.  I'm not a fan of this type of movie (they usually seem contrived), but a lot of thought was put into it and it doesn't take itself too seriously.  Tim Curry, Martin Mull, Eileen Brennan and many others star.

Fun Fact: A remake of this movie, starring Ryan Reynolds, is being discussed.

2. When Father Was Away On Business

Yugoslavian movie about life under Tito's regime.  It's very long, and certain parts are slow going, but if you break it into two sittings you'll probably like it.

Fun (?) Fact: After Tito's death in 1980 Yugoslavia experienced a steady decline, ending in its dissolution in 1992.  The "former Yugoslavia" is now more often referred to as the independent nations of Serbia and Montenegro.

Yeah, I'd seen it already, but it was so long ago I couldn't remember anything about it.  I suppose you could call it John Hughes' Big Statement About High School, and how every high school kid is more than the role assigned to him or her by peers.  But then again we all figure that out anyway, given time.  This aside, The Breakfast Club is still a very watchable movie, even if it's a little obvious and less than believable.

Jessica Lange stars as Patsy Cline, with Ed Harris as her husband.  It's a movie that knows both its characters and what makes them interesting.  It also has A LOT in common with the earlier Coal Miner's Daughter, even beyond the fact that Patsy Cline appears in both movies.

Fun Fact: John Goodman's in this.  It was one of his earliest movies.

Corey Feldman!  The same year he played Mouth in The Goonies!  He's only in this one for a few minutes, at the very beginning.

This installment in the long-running franchise is a surprisingly well photographed, well directed movie with enough "Is he?  Isn't he?" to keep the plot humming along up until the end.  I have no idea what Jason fans think of it, but in my opinion it's good.  Not great, mind you, but good.

John Landis directed Chevy Chase and Dan Ackroyd in this story of two lower-level intelligence agents tricked into working as decoys.  I'd seen it back in the day, but during a recent rewatch I was surprised by how funny it still is.  Sure, Chevy Chase does a lot of the same old gags, but this movie hits all the right notes regardless.  Critics at the time derided its lack of character development, but I think they were taking it way too seriously.

Fun Fact: One of the doctors in the tent is director Terry Gilliam.  If you look close you can also see Sam Raimi as a security guard. 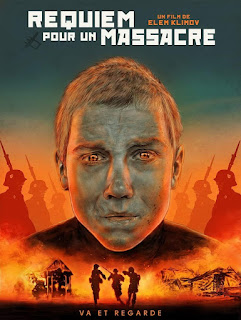 A Rough Watch, But Worth It

Russian film about Nazi atrocities in Belarus.  It gets DARK, but if you're in the right mood it's an excellent movie.  I'd heard about this one in a YouTube video on "disturbing movies," and I'd have to agree that yes, it's very disturbing. 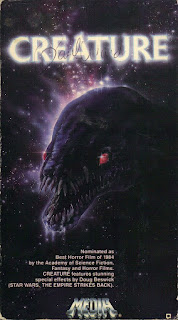 Low budget Alien(s) ripoff.  Klaus Kinski (!) shows up about halfway through.  There's a sprinkling of nudity and gore, but not enough to make it interesting.

Fun Fact: This movie is now in the public domain, so download away!

The weirdest thing about this movie is that they somehow work a Sbarro commercial into the last fourth.  Aside from that, Run-D.M.C., Sheila E., Kurtis Blow and the Fat Boys do a lot of... whatever it is they were famous for doing.  Blair Underwood does his best to keep this story of a record label dramatic, but the script wasn't doing anyone any favors.  According to Wikipedia, Krush Groove is really the story of Def Jam Recordings, but that little factoid doesn't make the movie any better.

An ambitious young man tries to rise within London's Pakistani community with the help of his non-Pakistani boyfriend.  None of the characters are particularly interesting, and you can tell that director Stephen Frears was still finding his way at that early stage in his career.  I get why both Frears and Daniel Day-Lewis scored a hit with this in the mid 80s, but it hasn't aged well. 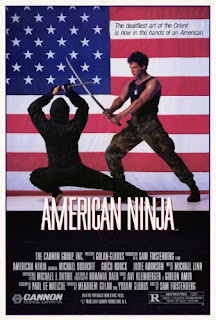 Michael "the Dude" Dudikoff stars as an American G.I. trained in the ancient art of ninjutsu.  He spends a lot of time sulking around, and occasionally doing ninja stuff like deflecting arrows and kicking people in the face.  It helps his cause that the evil ninjas pursuing him are all dumb as a bag of rocks.

Lest we forget, ninjas were HUGE in the 80s.  1985 was the same year that Sho Kosugi's Pray for Death hit theaters.

Charles Bronson does his vigilante thing (again) in New York.  It features wall-to-wall bad acting, and bad guys that can't aim for shit.  Don't bother questioning the police captain's morals; it'll give you a headache.

Fun Fact #2: Both Alex Winter (Bill and Ted's Excellent Adventure) and Marina Sirtis (Star Trek: The Next Generation) are in this movie.  Sirtis, as it so happens, is raped to death by a group of thugs.

Part Conan the Destroyer 2.0, part vehicle for Sylvester Stallone's then-girlfriend, Red Sonja owes more to the Marvel Comics character than the Robert E. Howard stories.  The director, Richard Fleischer, helmed a lot of important films in the 60s and 70s, but by the 80s his glory days were long behind him.

Fun Fact #1: The actress that plays the villain in this movie, Sandahl Bergman, was originally offered the lead.  She played Arnold Schwarzenegger's love interest in Conan the Barbarian, and also featured in (the excellent) All That Jazz. 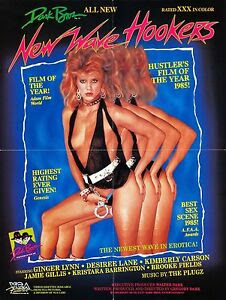 Traci Lords is in this.  I was always intrigued by her, though this is the first of her movies I've seen.  I THINK she was of legal age at the time.  I'm not sure.