"World War Hulk" follows the events of "Planet Hulk," in which our green friend was shot into space under the direction of Dr. Strange, Mr. Fantastic, Iron Man, and Black Bolt.  Sent hurtling through the void, the Hulk eventually lands on a brutal, alien planet where he is pushed to his utmost in order to survive.

I read through most of "Planet Hulk" while I was in the Barnes and Noble, and I had a hard time choosing between that book and "World War Hulk."  Both of these comic books are BAD.  ASS. 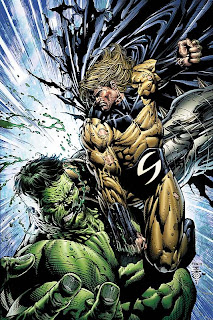 So the Hulk is doing his King Conan thing in outer space, right?  He's got money, he's got power, and his wife is FINE.  Then this bomb totally fucks his shit up, and his wife and all his people get killed.  Eventually he figures out that those assholes that sent him into space had something to do with the explosion, and it's back to Earth for REVENGE. 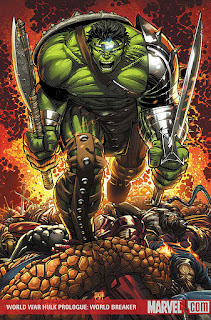