The Sexiest Women in Comic Books

With this in mind I have compiled a list of The Five Sexiest Women in Comic Books. I'm not saying that everyone will agree with my selections, but these women have a definite track record. 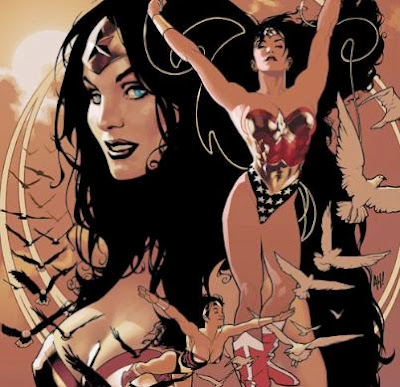 What heterosexual male HASN'T had a sex fantasy involving Wonder Woman? She runs around in a bathing suit, she has a rope that can make you tell the truth, and she's HOT. I'm sure there are also a fair number of lesbians with Wonder Woman fantasies. 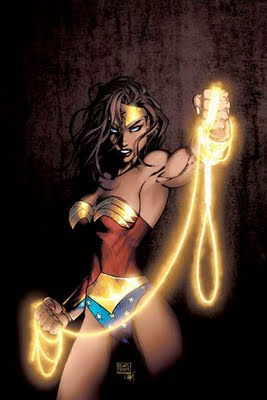 One of the most interesting things about Wonder Woman is the man that created her. Wonder Woman was created by a psychologist, William Moulton Marsh, who also invented the lie detector. She was his idea of a "liberated woman," whatever that meant. Regardless of his intentions, she is the most recognized and fantasized-over of the American super heroines. 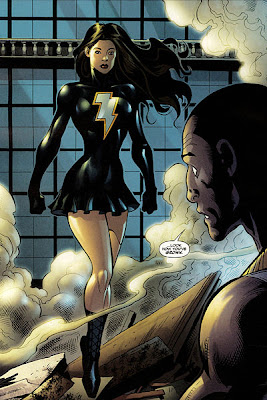 Mary Marvel is part of the Marvel Family, which includes Captain Marvel, Captain Marvel Jr., and many others. As part of DC's "Countdown to Final Crisis," she was given a black costume, which indeed made her one of the sexiest super heroines ever. 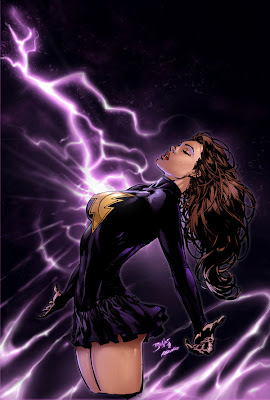 Unfortunately, DC phased out this black costume once "Final Crisis" appeared. Mary Marvel stopped being sexy, and legions of comic book fans were left to seek out another character to fantasize over. 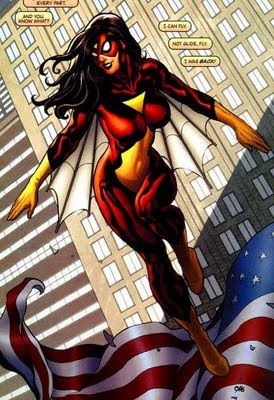 I can remember reading Spider Woman comics when I was very small. This was perhaps the beginning of my fetish for black hair. Spider Woman always seemed more interesting to me than Spider-man, who I could never relate to. 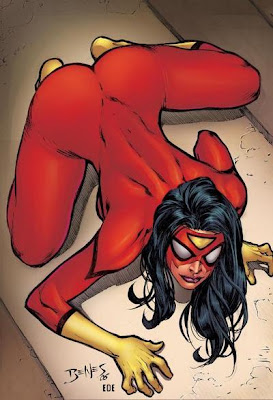 I guess she was made part of the Avengers later on, though I have never read those issues. I think that if they found her a good writer, she could easily compete with Wonder Woman. It's just too bad Marvel has often forsaken her for the likes of Spider-girl, who is the least sexy of the superwomen. 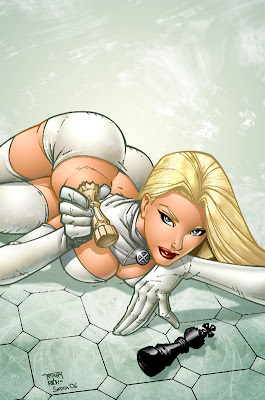 The White Queen is a sometime nemesis of the X-men. She is a cold, calculating psychic who happens to enjoy lingerie a great deal. Take your basic Playboy centerfold, put her in the middle of an X-men comic, and there you have the White Queen. 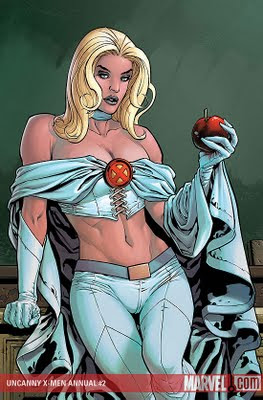 She is also one of the more interesting villains out there. I haven't seen the movie of "X-men: First Class" yet, but I was disappointed to see that the White Queen in that film is shockingly unsexy. 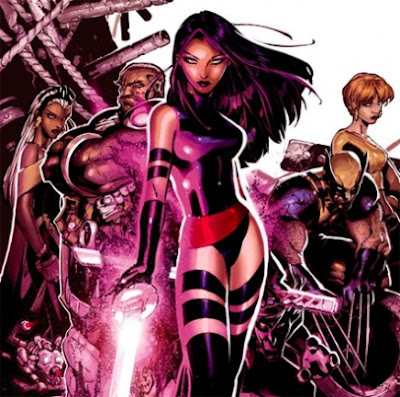 Psylocke's history as a character is a mess. I'm not familiar with the Ultimates version, but I know she was part of Excalibur, then she got kidnapped and taken to Japan, and she's now (somehow) this superhot, psychic ninja assassin. 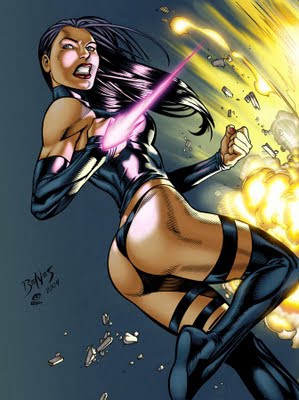 Whatever. She's very sexy anyway. I only wonder why she bothers to wear clothes at all. I can't imagine that her outfit provides much protection from the elements, even if it does do a lot for the imagination.
張貼者： Times Three 於 上午7:57