And now for something completely ridiculous.

I realize how incongruous it is to review something like Captain America and Bucky in the wake of books like American Tabloid and Journey Without Maps (see below), but I am resolved to include these things in the order I read them.

Last week I managed to get a hold of some American comics.  Here they are: 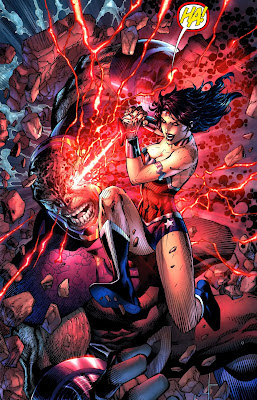 Superman, Batman, Wonder Woman, The Flash, Green Lantern, and Cyborg do battle with a guy that looks a lot like Darkseid.  IS it Darkseid?  I'm not sure.  Some of their costumes have been revamped since 52, and I'd have to say that Superman looks much better without the red underwear.

The art in this comic book is horrible.  The story is horrible too.  I'm assuming this was marketed more towards younger kids.  Spider-man fights the Mandarin, but - most puzzling of all - we never actually see Spider-man hit anyone!

The art in this one is a bit more stylized than the others, but it still has a journeyman quality that I disliked.  Bucky is evil!  Or wait!  Is it really Bucky?  Maybe it's really an android! 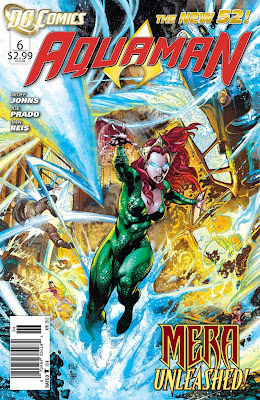 This is the most politically-correct comic book I have ever read.  Mera walks around the surface world, not doing much, and offers many comments on how inappropriate our society is.  In the end she sucks all the fluids out of some guy - definitely not in the way he was hoping for, I'm sure. The art was terrible.

Batman and Batgirl take on some girl who can control minds.  In the end they find out that she was the product of a botched mafia hit, so it's really not her fault anyway.  Apparently the fact that many of her mafia accomplices were also the product of violent situations is not worth noting.  They're not girls, after all.

This was the best of the bunch.  Wonder Man goes crazy and beats the crap out of the assembled Avengers, but in the end Iron Man tricks him and reverts him to his "ionic form" (whatever that means).  Reminiscent of The Ultimates, but in a good way. 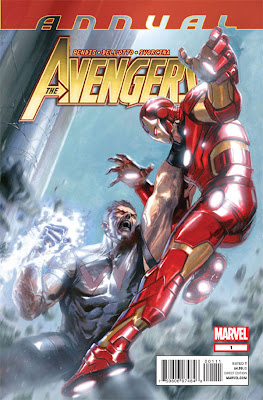