"The Physics of Superheroes" by James Kakalios 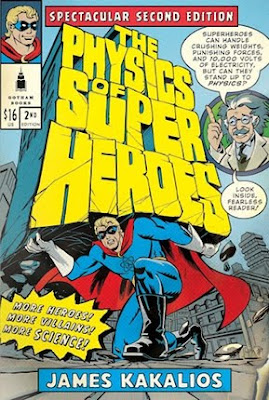 For those of us who grew up on comic books, however, this book offers a fascinating glimpse into both the possible and impossible aspects of our favorite Marvel and DC superheroes.

The author sometimes acts as an consultant for big-screen incarnations of these same superheroes, so there is something in this book for movie watchers as well. There is a in great interview with him on the "Watchmen" DVD, for which he advised the film makers on how they might plausibly reconstruct Alan Moore and Dave Gibbon's comics for the movie-going audience.

Another great thing about this book is that he uses The Flash throughout. Growing up, The Flash was always my favorite comic book character, and I was gratified to see him consistently use The Flash when talking about concepts such as Acceleration, Inertia, and even the possibility of Parallel Universes.

Anyone while likes both superheroes and science will love this book. Those who only like one or the other will probably find it difficult, irrelevant, or even silly.

I won't give this book any stars because it is a work of NON-fiction. I highly recommend it though. For the uninitiated, it is bound to change the way you look at both Physics and Superheroes.
張貼者： Times Three 於 下午12:20 沒有留言: 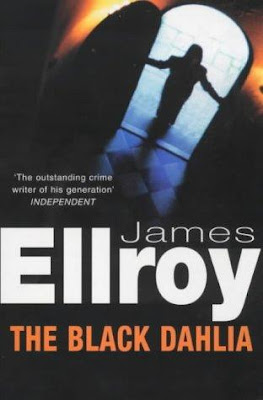 I'm a big fan of James Ellroy. I wouldn't call him the "modern day Tolstoy," but I think he is a great writer. "The Cold Six Thousand" was the first of his books that I read, followed shortly thereafter by "The Black Dahlia." As I write this I'm about 3/4 of the way through his newest novel, "Blood's a Rover."

As much as I like Ellroy, I have to say that "Blood's a Rover" is a ponderous book. The first half consists almost entirely of racial slurs and violent acts, and the whole thing - even despite the admirably convoluted plot - seems like a retread of stuff he's done before. 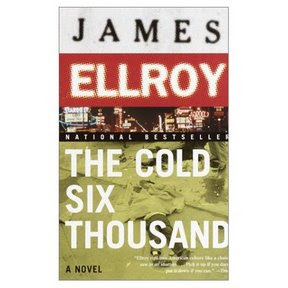 Which is too bad, because I really, really wanted to like this book. "The Cold Six Thousand" blew my mind the first time I read it, and "The Black Dahlia" was even better. Ellroy writes like no one else out there, and you have to admire the guy for his originality.

James Ellroy is also the guy who wrote "L.A. Confidential," which was later adapted into a movie. I wouldn't read him for that reason, however. He has done a lot of revolutionary things with the English language - and the art of storytelling - least of all write a book that got turned into a movie. 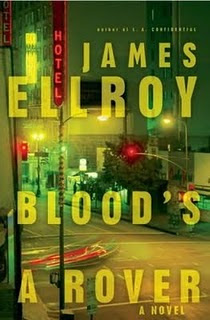