Books Read in the Vicinity of Chinese New Year 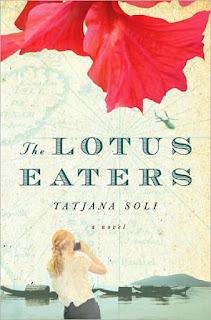 A photojournalist journeys to Vietnam in hopes of making her career.  Torn between two men, she gets more than she bargained for.  A bit melodramatic, but beautifully written and marvelously thought out.   The only reason I'm not giving this four stars is the totally unnecessary last chapter.

Something Wicked This Way Comes by Ray Bradbury **

A suprisingly pretentious look at small-town nostalgia by one of American sci-fi's leading lights.  Made into a movie by Disney back in the 80s, and not nearly as good as either his "Martian Chronicles" or his "Illustrated Man."  Helped me to understand J.R.R. Tolkein's hatred of metaphors.


The third book in Asimov's groundbreaking "Foundation" series.  A very clever story, but it doesn't really pick up speed until the last fifty pages.  Made me remember why he was famous in the first place - and also made me want to forget later books such as "Foundation and Earth," "Caves of Steel," etc., etc., etc.

The Prestige by Christopher Priest **1/2


Christopher Nolan's film adaptation of this novel is one of my favorite movies ever.  The epistolary style of this book is a bit annoying, and the last few chapters verge on the cartoonish.  It's a good book full of clever plot twists, but there are moments when The Prestige reads like warmed-over Frankenstein. 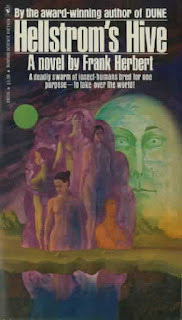 This book bears comparison to Herbert's The Santaroga Barrier.  Both novels follow the discovery of a semi-secret, tight-knit community within the modern world.  Many of the ideas explored in this novel also bring to mind the Fremen of Herbert's Dune novels, though in Hellstrom's Hive one finds the crystallization of concepts only tangentially explored in those books. As far as Herbert's non-Dune novels go, this one is second only to The Godmakers.

When She Woke by Hillary Jordan **

It's the future, it's Texas, and in Texas getting an abortion is not only punishable by a month in prison, but they also turn your skin red for sixteen years.  Those who've read The Scarlet Letter will find much that is familiar within this book.  It's readable, but unconvincing.  For all the bitching and moaning the main character does over her "ordeals," they really don't amount to a satisfying or logical conclusion.

The author also wrote Fight Club, which was of course made into the movie that all heterosexual men have seen at least twice.  In Invisible Monsters, a former model disfigured by a gunshot wound, a pre-operative transsexual, and an ex-detective beg, borrow, cheat, and steal their way through the northwestern U.S.  While this book has a lot in common with Bret Easton Ellis' Glamorama, it's a much shorter and much better novel.  Fucked-up and brilliant.


An American helps reunite orphans in Nepal with their parents.  The first two chapters were interesting, but the rest of the book is LONG, repetitious, overly sentimental, and above all boring.  I praise the author for his devotion to these orphans, but this non-fiction account of his adventures could have been at least 50 pages shorter.

The End of the Affair by Graham Greene ****

A writer struggles with his feelings of jealousy after ending a years-long affair with a married woman.  The plot resembles The Quiet American in some respects, but I found this book to be at once deeper and more human than that deservedly famous take on the Vietnam War.  Excellent.

The Places in Between by Rory Stewart ***

Non-fiction.  Just after the Taliban is kicked out of Afghanistan, a guy from Scotland takes a stroll through some very, very remote areas.  Keep in mind that for all anyone knew, Bin Laden was still hiding out in those same areas, and even the U.S. Marines tread very carefully in that part of the world.  A highly entertaining read.

This is a short story collection first published after Children of Dune.   I tip my hat to anyone who can make sense out of the first story in this collection.  It's a good, short read, even if some of the stories don't really seem to go anywhere. 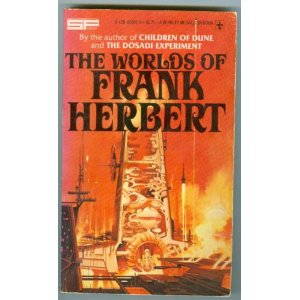